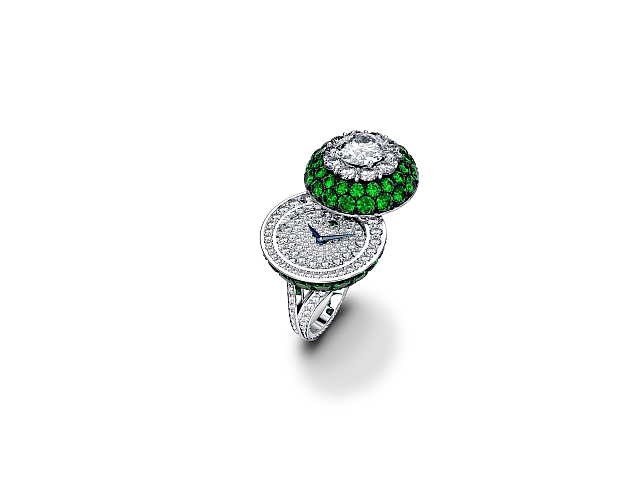 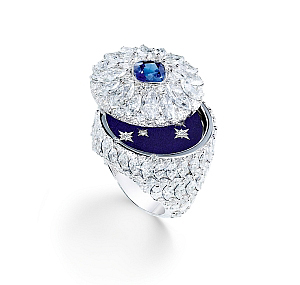 In 2015, Graff and Piaget had dazzling secrets up their sleeves. Each label released its own secret ring. While secret watches — where a dial is hidden by a clever, often jaw-droppingly jeweled mechanism — have become de rigueur for today’s top brands, Graff took the sublime design one step further with its secret ring watch from the Halo collection. Available in emerald, ruby, sapphire, and all-diamond variations, the accessory’s domed top slides open to reveal a diamond-encrusted dial. Meanwhile, Piaget’s new Secrets and Lights line features yet another ring that would awe on its own but surprises with a charming concealed compartment. This time, the unseen treasure is an enamel night sky spotted with diamond stars.