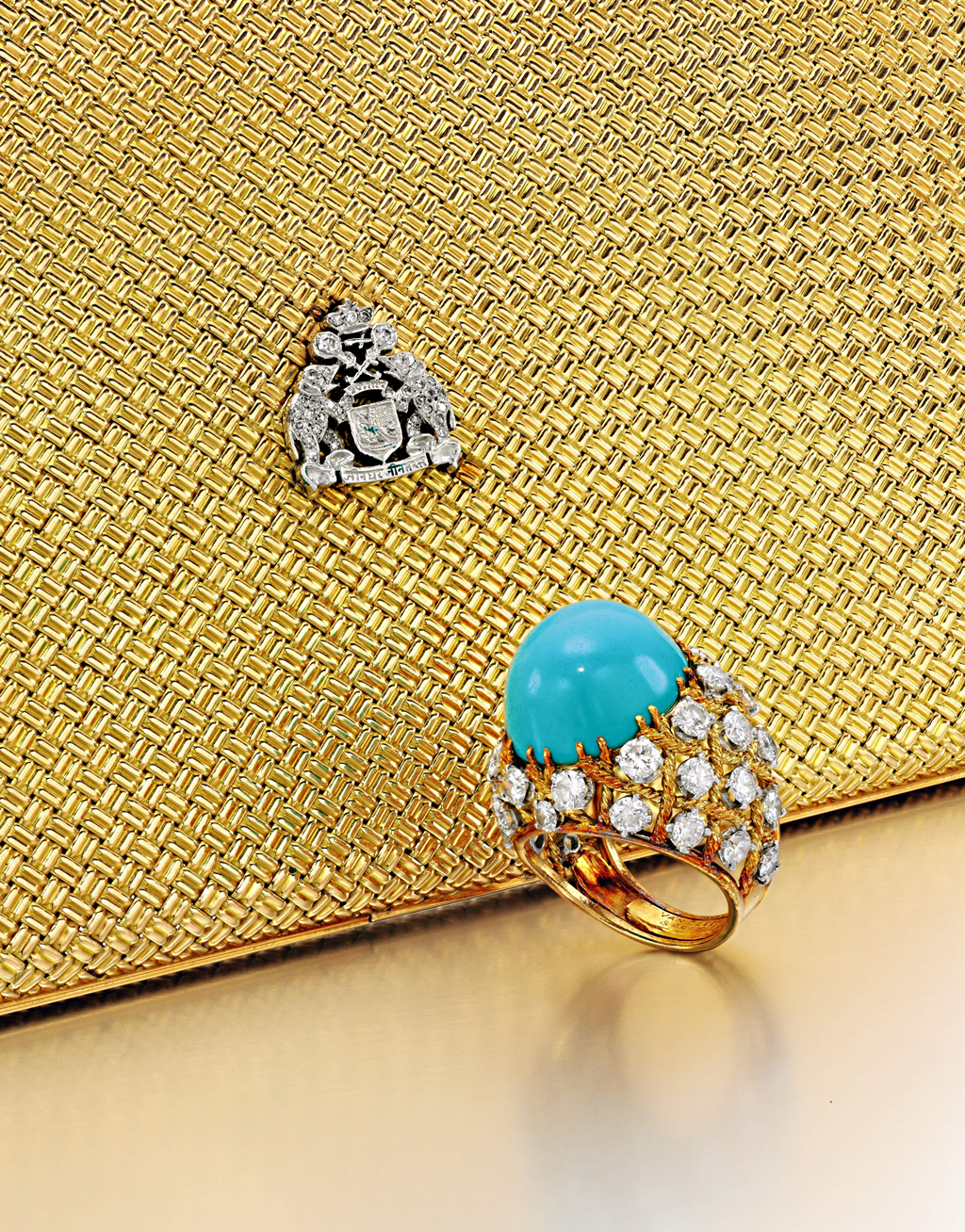 This turquoise ring by Van Cleef & Arpels is from the former collection of Maharani Sita Devi Sahib of Baroda. Image courtesy: Sotheby’s Auctions.

Sotheby’s Fine Jewels sale on July 16 in London promises to offer a glittering array of period pieces by leading designers such as Cartier and Van Cleef & Arpels. Items up for auction range as far back as the 19th century, and nearly every major era of jewelry design will be represented. Among the highlights are a number of personal items belonging to  Maharani Sita Devi Sahib of Baroda, such as a 1960s Van Cleef & Arpels diamond cigarette case and a turquoise cabochon ring set with diamonds, also by Van Cleef & Arpels. The objects were purchased directly from her son, Princie, during the 1970s. Another highlight of the show features paste reproductions of St. Edward’s Crown, Queen Mary’s Crown, and Queen Victoria’s coronation ring.