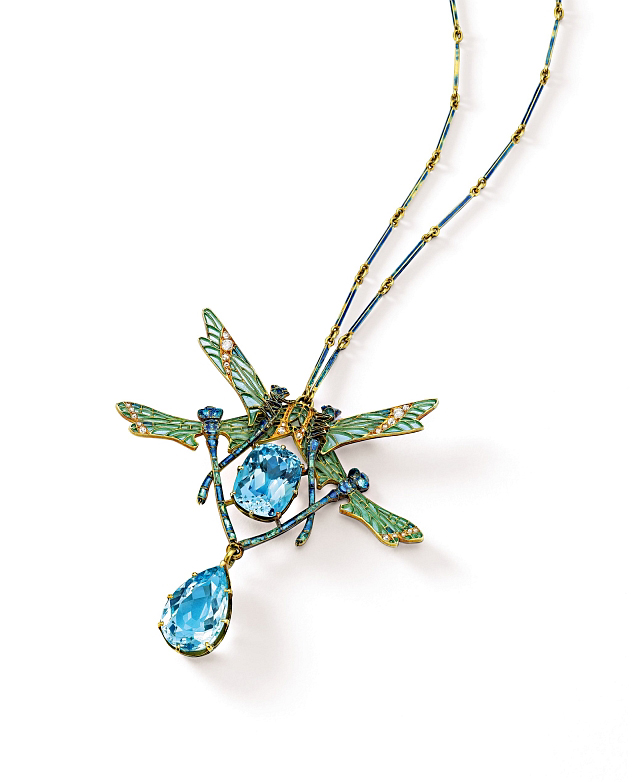 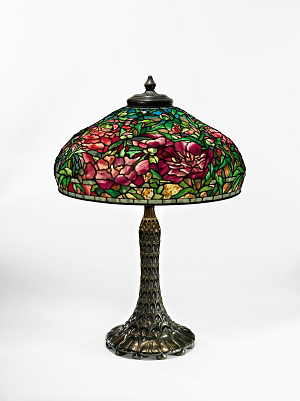 This Elaborate Peony Table Lamp by Tiffany Studios is estimated to sell between $600/900,000.

On May 20 in New York, Sotheby’s will be auctioning off what is hailed as the most quintessential offering of Tiffany to come to auction in at least 20 years. The late Chicago businessman Roy Warshawsky and his wife, Sarita, were major art collectors, and from 1960 through the 1990s the couple amassed an impressive collection of Tiffany glass, as well as other pre-World War I treasures from some of the world’s top 19th and 20th century designers. Among the rarities in the collection is the Pebble Lamp, which demonstrates Tiffany’s early innovations in use of material and technique. It also represents Louis Comfort Tiffany’s fascination with other countries and cultures with its incorporation of ornate bronze filigree typical of Islamic and Middle Eastern designs. Other notable pieces include silver and metalwork designed by Archibald Knox, some stunning European Art Nouveau, and American arts and crafts pieces.