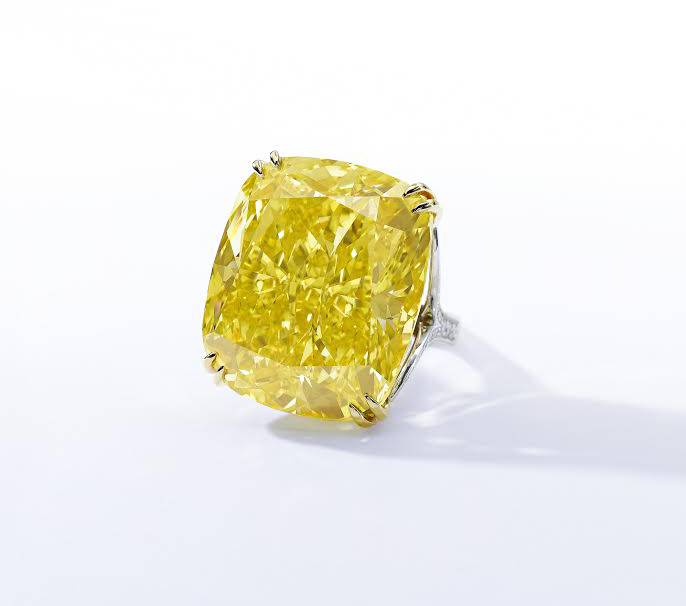 The sensational and rare “Graff Vivid Yellow” is from a private collection and estimated to go for between $15 and $25 million at auction. Photo courtesy: Sotheby’s

Jean-Baptiste Tavernier,a Medieval French gem dealer, reportedly encountered a brilliant 137-carat yellow diamond that he occasionally referred to as “The Grand Duke of Tuscany,” among other names. Throughout history, yellow diamonds have enchanted collectors for their scintillating shades of sunlight and daffodil yellow. On May 13, Southeby’s Geneva Magnificent Jewels and Noble Jewels sale will auction off what may be the world’s largest fancy yellow diamond: the Graff Vivid Yellow, at 100.9-carat. Two other notable Graff diamonds will also share the bill: The Victory Diamond, which was named in honor of the Allies’ victory in World War II and has been called nearly flawless; and a Graff diamond ring that features one of the world’s largest round diamonds.