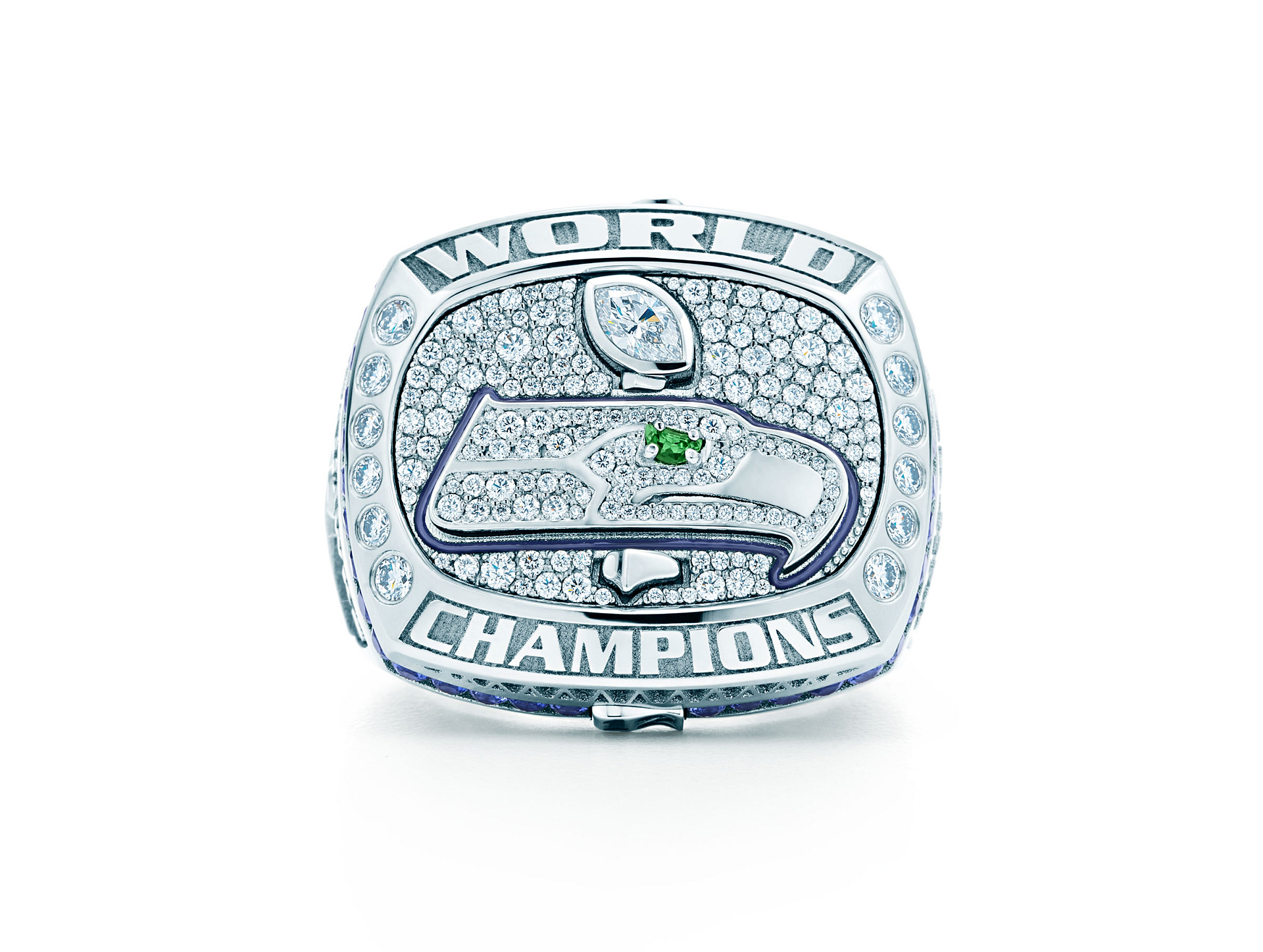 The Seattle Seahawks now have rings designed by Tiffany & Co. to commemorate their Super Bowl XLVIII championship. The ring is made from white gold with a three-dimensional Seahawks logo set with 64 round diamonds and framed by 12 diamonds. An emerald tsavorite eye shimmers in the center. A single marquis diamond encompasses the Vince Lombardi trophy nestled in a background of 107 round diamonds, and 40 blue sapphires surround the top. The shank tells the story of the championship season, including the team’s final record of 16-3, and highlights each player’s name and number. Players received their rings at a ceremony on June 19. A mobile app has been created so fans can download and share their own virtual ring.