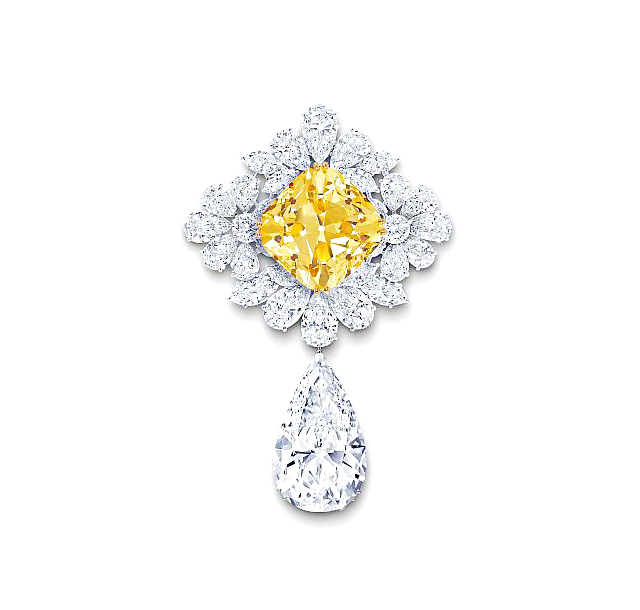 In 2014, Graff wowed at the Biennale des Antiquaires with the Royal Star of Paris brooch, which boasts a 107.46-carat Fancy yellow diamond. Photo courtesy Graff.

For those feeling Biennale des Antiquaires withdrawal in 2015, there’s surprising but splendid news: the opulent art, antiques, and fine jewelry fair is going annual. The annualization will commence in 2017, with the 28th edition of the Biennale still taking place in September 2016 as previously scheduled. Since its founding in 1962, the Paris-based show has been held every two years — and has featured some of the world’s most glamorous jewelry unveilings. Chanel, Dior, Graff, Cartier, Chaumet, Van Cleef & Arpels, and more, all partook in the festivities at the Grand Palais in 2014. Now the designers will have a more frequent chance to fascinate. Syndicat National des Antiquaires, the organizers of the Biennale for more than 40 years, calls the switch to a more quickened pace a natural evolution, insisting it will not only increase the Biennale’s visibility but also allow it to stay competitive with other high-caliber annual antique fairs. An apropos renaming of the tony event will follow in due course.