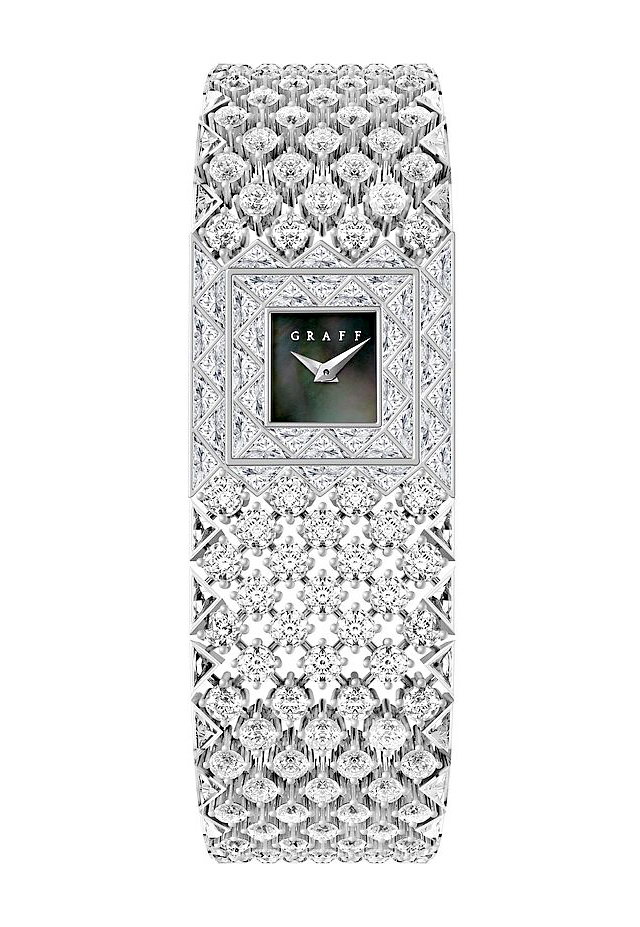 It’s officially spring — but Graff is still in a winter state of mind. The recently unveiled Graff Snowfall watch draws inspiration from the delicate appearance of snow as it tumbles through the sky. Representing the pretty precipitation? A striking 278 diamonds arranged within an intricate lattice design. Hand-crafted in white gold, the timepiece marvels with beautiful fluidity that was achieved thanks, in part, to cutting-edge technology. After Graff’s designers hand-painted a gouache of the watch, it was scanned into a specialized computer program to analyze and divide up the creation into individual parts and sections to ensure the perfect combination of high precision and stunning movement within the strap. Next, a 3D printer was used to bring the Graff Snowfall to life in resin. Only after that model was rigorously evaluated and tested did a team begin work on the dazzling diamond version that’s now available.