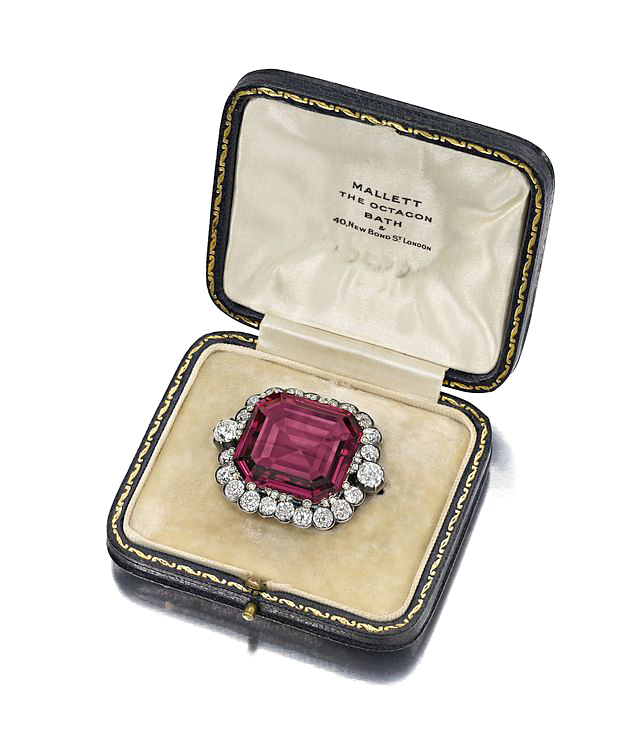 The Hope Spinel’s original owner was banker Henry Philip Hope, who had a private collection of more than 700 gems in the early 19th century. Photo courtesy Bonhams.

The Hope Spinel hadn’t been offered for sale since 1917. So when the 50.13-carat octagonal-cut stone hit the Bonhams London auction block in late September, interest was feverish — and record-breaking. Set in a 19th century silver and gold brooch, the rose-hued gem sold for a record price of $30,000 per carat to a private telephone bidder. The previous world record price per carat for a faceted spinel was $16,000, set in 2013. Bidding on the new titleholder came from around the world via 18 phone lines and online offers, as well as from prospective buyers in the Bonhams London New Bond Street salesroom. “These pieces just don’t come to the open market often and when they do, they are hotly contested,” commented Jean Ghika, Director of Jewelry for Bonhams in the UK and Europe, after the astounding $1.47 million sale. “It was an exceptional gemstone.”