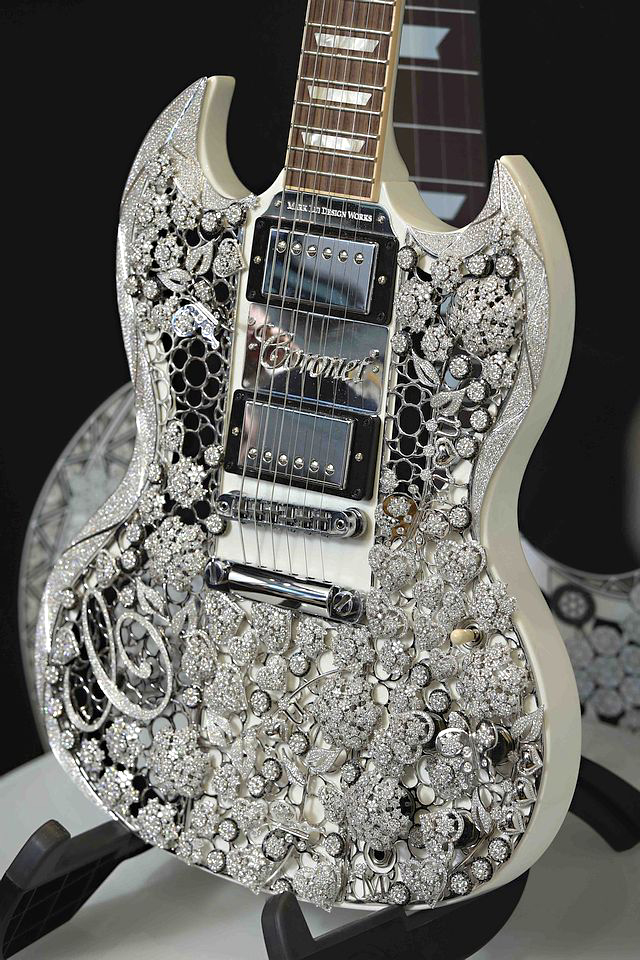 The Coronet Diamond Gibson Guitar was on display at the Bahrain International Exhibition & Convention Centre through November 28. Photos courtesy Gibson.

Since making its debut at Baselworld in Switzerland in March, the world’s most valuable guitar has captivated in exhibitions around the globe — including during stops in China, Germany, England, Italy, and the United Arab Emirates. The latest host of the white gold and diamond instrument that’s been dubbed “Eden of Coronet?” Jewellery Arabia 2015 in Bahrain. The five-day international jewelry and watch exhibition unveiled the fully functional wonder for its visitors on November 24. A product of a collaboration between jewelry brand Coronet, composer and designer Mark Lui, and Gibson guitars, the nature-inspired piece wows with 11,441 diamonds weighing in at 401.15 carats. It took a team of 62 artisans 700 man-days to produce, and has an estimated value of $2 million. That staggering dollar amount is what led Guinness World Records to designate the Coronet guitar as the most valuable guitar in the world in March.