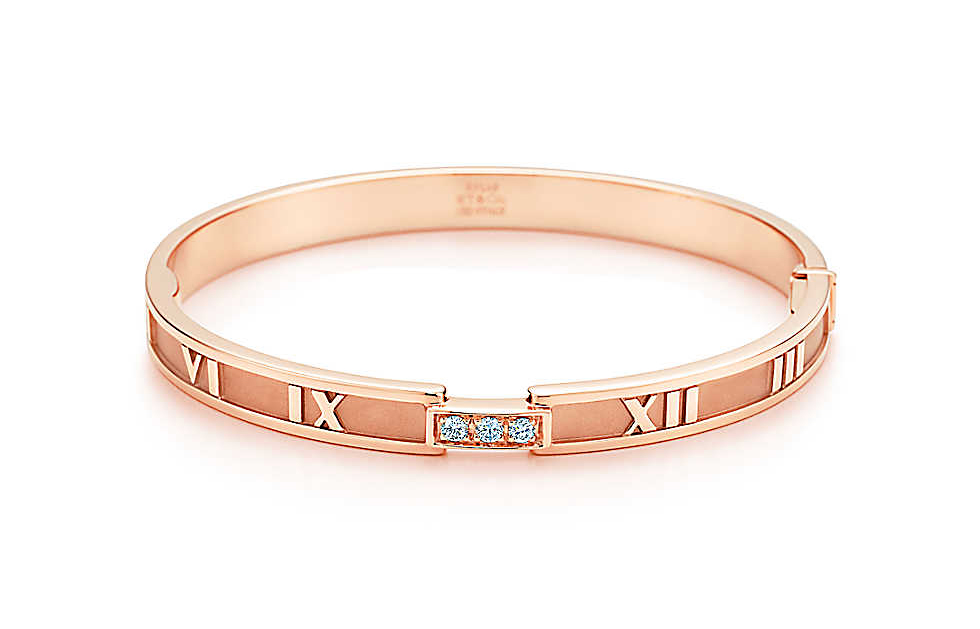 This hinged bangle from the Atlas collection comes in 18k rose gold with round brilliant diamonds. Photo courtesy of Tiffany & Co.

While Tiffany & Co. has certainly become a modern-day legend, the Atlas Jewelry collection was actually inspired by the large clock, that depicts Atlas, the Titan from Greek mythology, that has stood in front of its New York store since 1853 according to an article in Culture Map Houston. Tiffany designer John Loring first introduced the Atlas collection in 1995, and it was re-launched last fall. Now Tiffany & Co. is adding several new pieces for spring. Some of the new additions include an Atlas pendant in 18-karat gold and woven Atlas cuffs intertwined with large Roman numerals that come in both 18-karat gold and sterling silver. The original collection was based on a 1983 Atlas watch and featured raised Roman numerals.