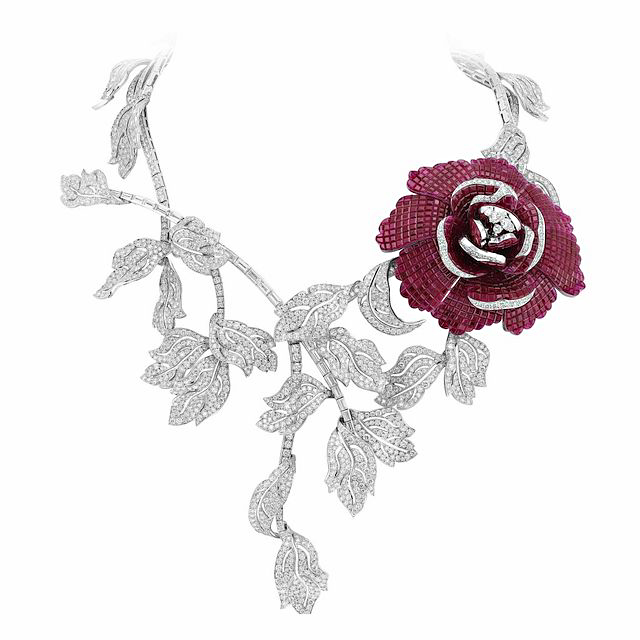 Three hundred and eighty-two pieces were nominated for the 11th annual Middle East Jewellery of the Year Awards. It was a fabulous field, to be sure. But only 15 creations were ultimately named winners in late November — and Van Cleef & Arpels, naturally, made the final, glittering cut. The brand’s Pivoine Mystérieuse necklace took the prize for Best Diamond Studded Necklace. Set with round and baguette-cut diamonds, the masterpiece features a dazzling, winding garland of leaves. Perched among the flora? A precious ruby and diamond peony clip. All in all, the design required more than 6,000 hours of work. So it’s no wonder the Middle East Jewellery of the Year Awards recognized the meticulous and marvelous construction. Held in conjunction with the Jewellery Arabia exhibition in Bahrain, the November 23 ceremony’s honorees were determined by a 16-member committee (comprised of veteran industry figures, designers, and connoisseurs of jewelry) as well as public votes.