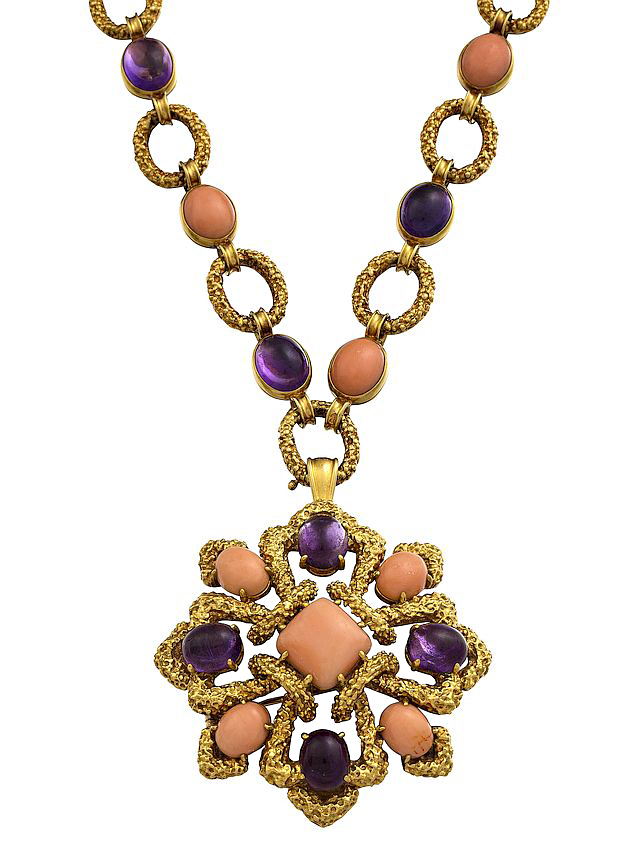 It’s no wonder this gold Van Cleef & Arpels piece caused a stir in Sydney: the versatile creation can be worn as a necklace, a bracelet, a pendant, or a brooch. Photos courtesy Sotheby’s Australia. 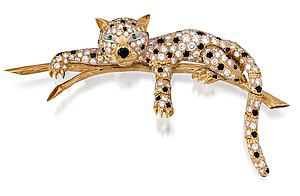 Van Cleef & Arpels has shown that Cartier isn’t the only brand to drive buyers wild with panthers.

The allure of Van Cleef & Arpels is powerful. So powerful in fact, that it led to a bidding frenzy at Sotheby’s Australia on April 19. During the auction house’s first bauble sale of 2016, the 296-lot Important Jewels, three offerings from Van Cleef & Arpels more than doubled their low estimates — with two unexpectedly tying for the sixth highest bid of the night. Drawing in $51,240 apiece were a transformable coral and amethyst necklace from the 1970s as well as a diamond, onyx, and emerald panther brooch. Their projected minimum take-ins? A more conservative $25,000 and $20,000, respectively. But that’s not where the designer’s creations stopped shining. Rounding out the stellar performance was a sweet, gold lion brooch that fetched $19,520 after experts had valued it in the $8,000 to $12,000 range pre-sale.