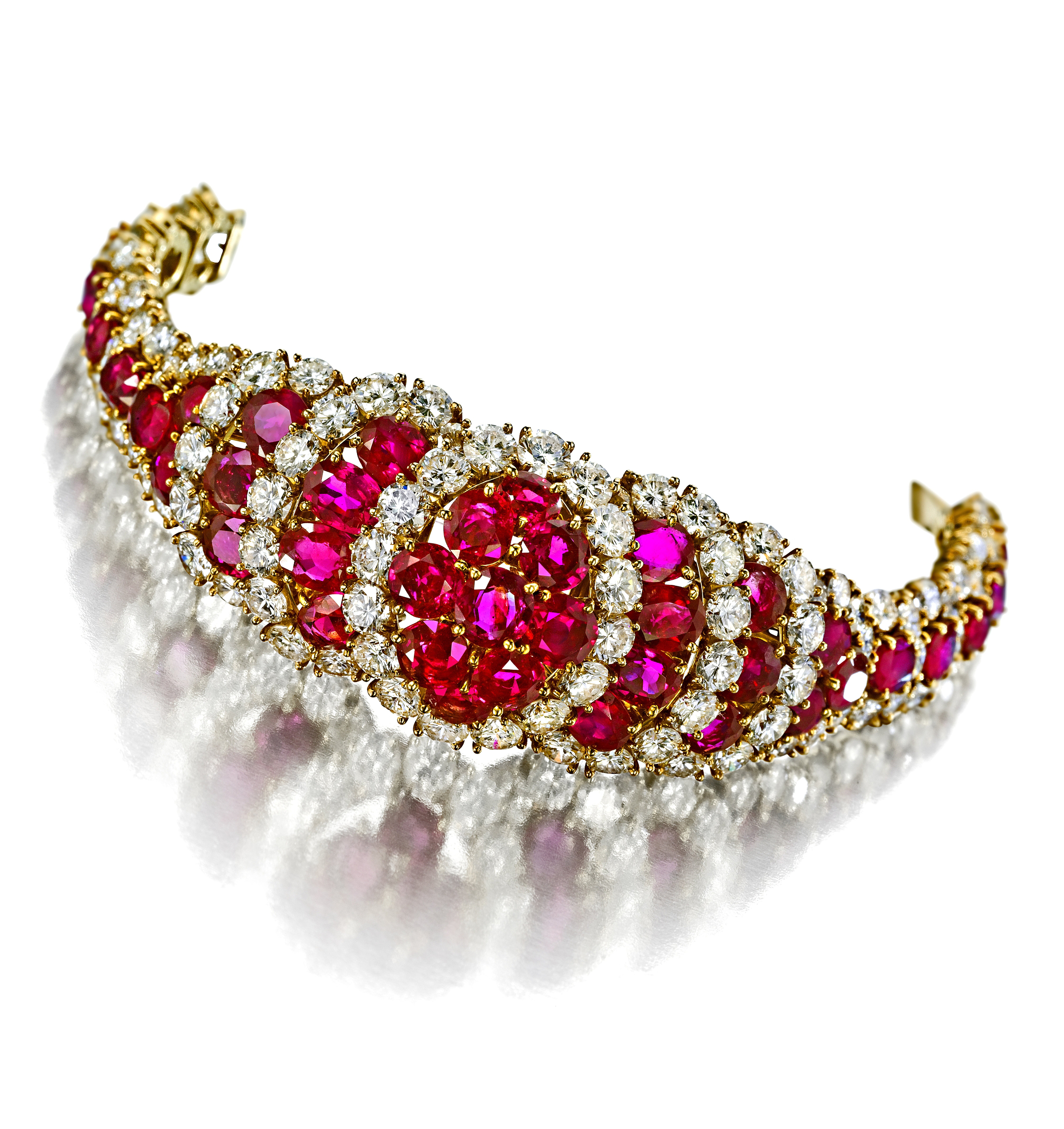 Among the large selection of signed Van Cleef & Arpels jewelry being auctioned by Bonhams is this ruby and diamond bracelet, which comes with a six-inch diamond extender to transform it into a striking choker. Image courtesy of Bonhams. 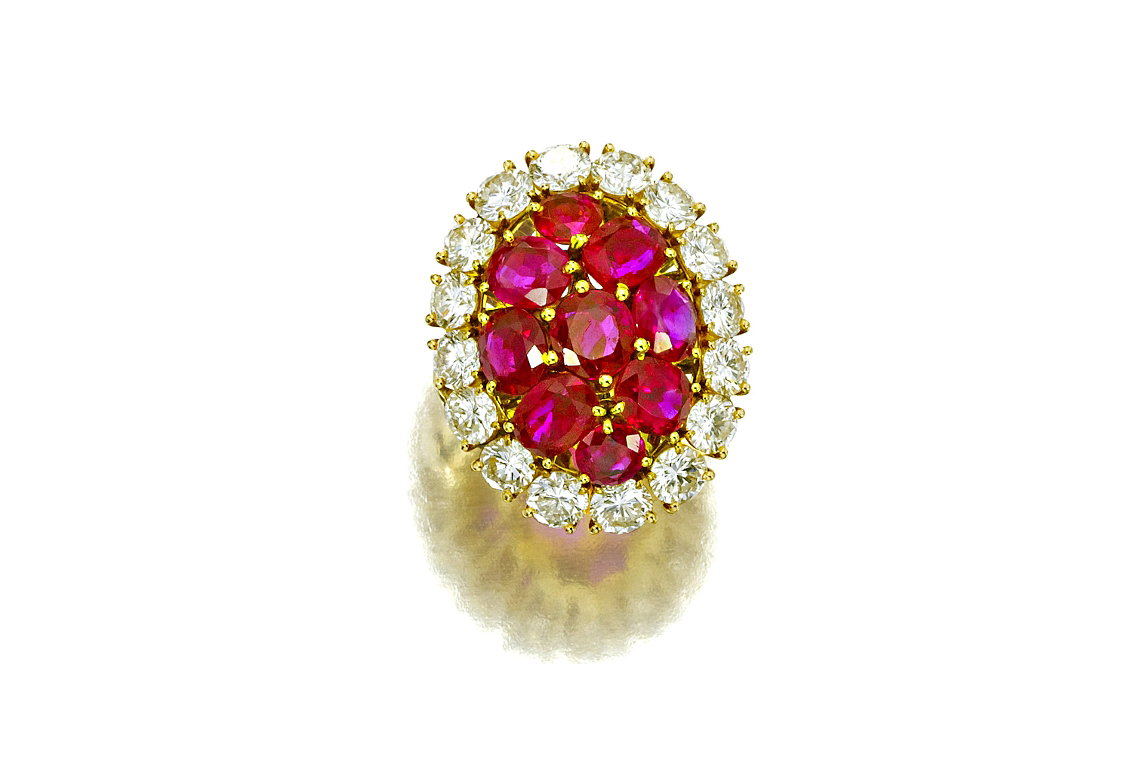 Mounted in 18 karat gold, the Burmese rubies of this Van Cleef & Arpels ring are framed by an estimated 4.9 carats of diamonds. Image courtesy of Bonhams.

Red has long been the color of passion and love. And collectors will no doubt be enamored with the Burmese rubies under the gavel at Bonhams’ Fine Jewelry Sale on October 7 in New York. Standout among the shimmering offerings from Cartier, Tiffany & Co., Harry Winston, and more, are a ruby and diamond Van Cleef & Arpels bracelet as well as its complementary ruby and diamond ring. The lots are estimated to draw in upwards of $200,000 and $60,000, respectively.