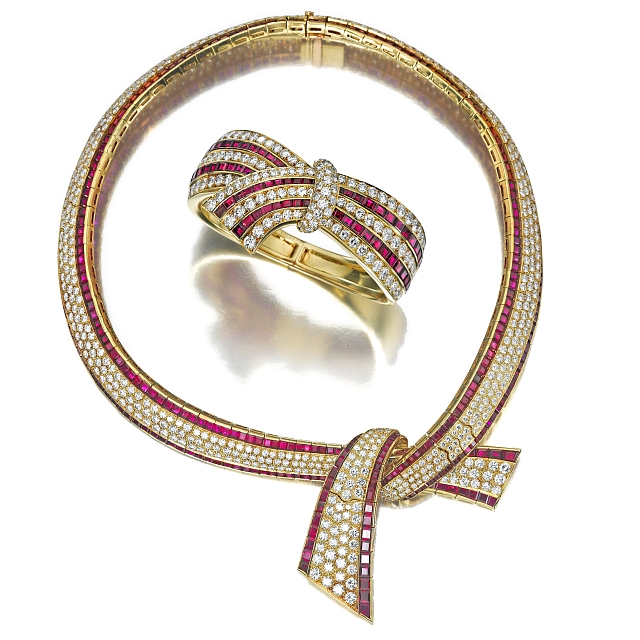 On April 15, Van Cleef & Arpels aficionados will have a chance to bid on this marvelous suite of diamond and ruby jewelry at Bonhams New York. Photos courtesy Bonhams. 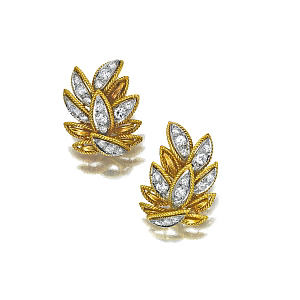 This spring has seen a parade of impressive gems make their way through the major auction houses. Now Bonhams New York is continuing the trend with its April 15 Fine Jewelry sale. Rife with stunning selections from Graff, Verdura, David Webb, and more, the auction also puts a spotlight on the splendor of French master Van Cleef & Arpels.  The maison is represented by six lots, which are estimated to draw in upwards of $286,000, collectively. Giving the group’s potential take-in a major boost is Lot 148, valued at up to $220,000 and consisting of a necklace and bracelet set designed as elegant ribbons. The dazzling, ruby-trimmed pair boasts an estimated 34 carats of diamonds. 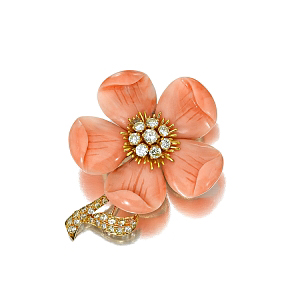 A carved coral flower is enhanced by circular-cut diamonds in this brooch by Van Cleef & Arpels, one of Fine Jewelry’s 215 lots.