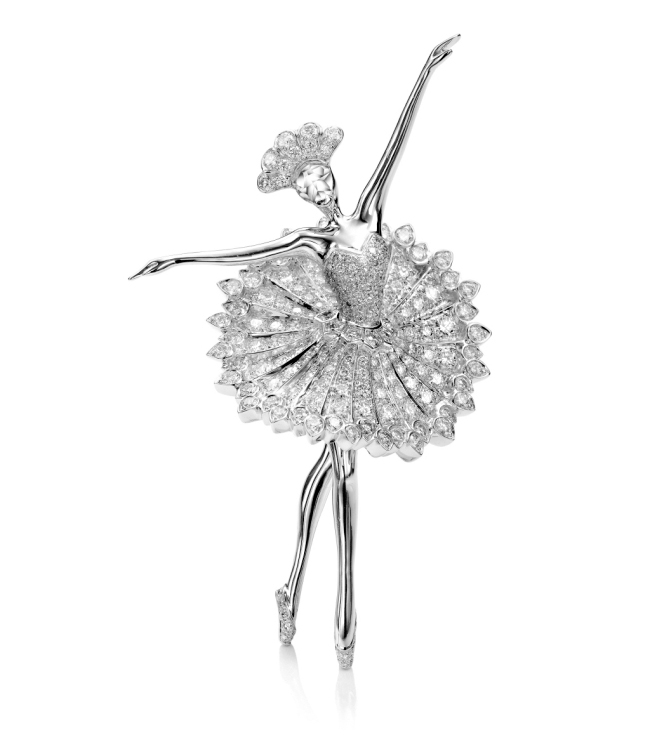 The world of dance has long been a source of inspiration for Van Cleef & Arpels. Now, in a show of continued devotion, the maison is sponsoring the School of American Ballet’s 2015 Winter Ball. A glamorous scene of diamonds and pointe shoes, gowns, and tutus, the annual black-tie affair will host more than 500 patrons at Lincoln Center’s David H. Koch Theater in New York on March 9. Proceeds from the event benefit SAB and its dedicated students, an advanced selection of whom will dazzle the night’s crowd with a special performance. This is the eighth consecutive year that Van Cleef & Arpels has acted as lead corporate sponsor for the gala — a tribute to the friendship Claude Arpels shared with SAB founder George Balanchine.