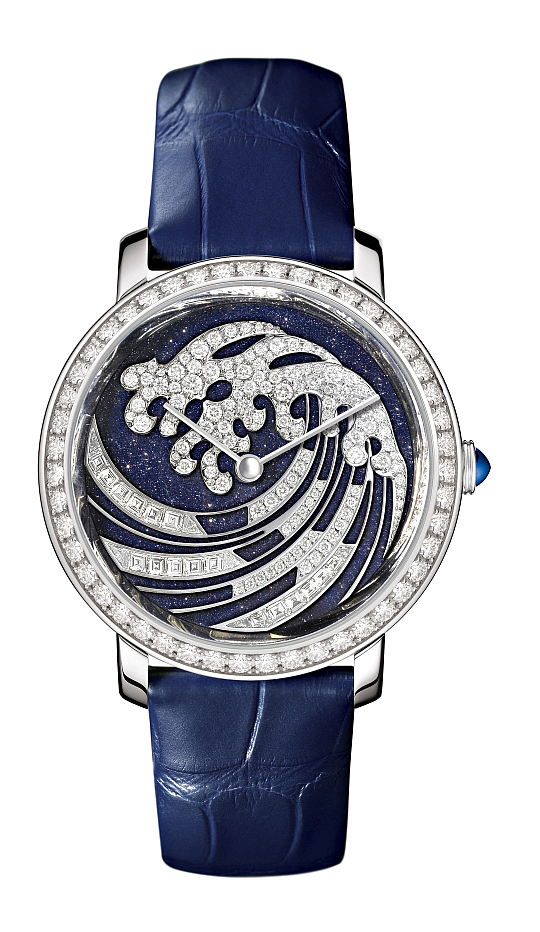 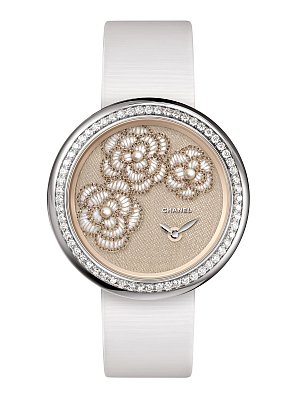 Chanel’s contribution? The exquisite Mademoiselle Privé for Only Watch, beguiling with hand-embroidered camellias on a delicate, pearl-bedecked fabric dial.

Pursuers of the truly unique are in for a treat this fall. Only Watch, the biennial charity auction, has amassed an exceptional collection of one-of-a-kind timepieces for its sixth edition in Geneva on November 7. Created and donated to benefit research on Duchenne muscular dystrophy, the 44 works of art come courtesy of such exclusive brands as Van Cleef & Arpels, Boucheron, Chanel, Hublot, Louis Vuitton, and Piaget. Watch connoisseurs who aren’t based in Switzerland will have a chance to lay eyes on the impressive assemblage when it embarks on a world tour beginning in September. The one-off pieces are set to be exhibited in Monaco, Hong Kong, Beijing, New York, and London, before making their way back to Geneva. Only Watch — which has helped raise more than $16.5 million for medical research since its 2005 debut — is organized by Association Monégasque contre les Myopathies, Monaco Yacht Show, and Phillips in association with Bacs & Russo.