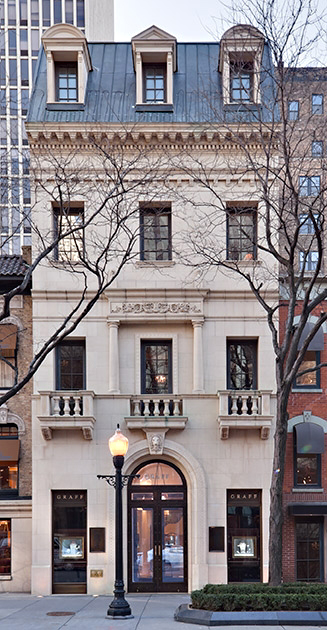 Used to dealing in the exclusive, Graff Diamonds Chicago will host the debut of the Lyric Opera’s new wine. Photo courtesy Graff Diamonds.

Graff Diamonds’s adoration for the beautiful goes beyond baubles. A longtime supporter of the arts, the jeweler is opening its Windy City locale for patrons of the Lyric Opera of Chicago on January 6. At the private reception, guests will get their first taste of the institution’s latest annual commemorative wine, SONG. The limited edition Napa Valley Cabernet Sauvignon goes on sale the following day for $1,000 per magnum-sized, hand-painted bottle, with proceeds benefiting the Lyric. And connoisseurs will have to act fast – just 100 magnums of SONG are being released. One six-litre version will go under the hammer at the February 7 Lyric Opera Wine Auction.