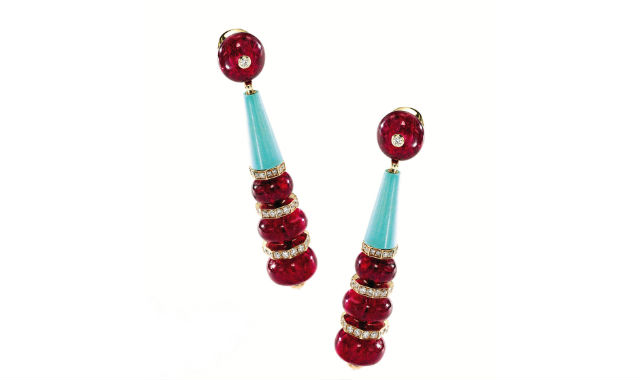 To commemorate Cleopatra‘s 50th anniversary, Bulgari and Twentieth Century Fox Home Entertainment have crafted a pair of turquoise earrings inspired by the colors and architectures of Joseph Makiewicz’s 1963 film. Made of 18-carat gold, diamond, and spinel, the gems will head straight to Sotheby’s on December 11 as part of its “Magnificent Jewels” auction, benefitting the Elizabeth Taylor AIDS Foundation. For a closer look at Bulgari jewelry graced by Elizabeth Taylor, “The Art of Bulgari: La Dolce Vita & Beyond, 1950-1990” will run at the De Young Museum (San Francisco) until February 17, 2014.