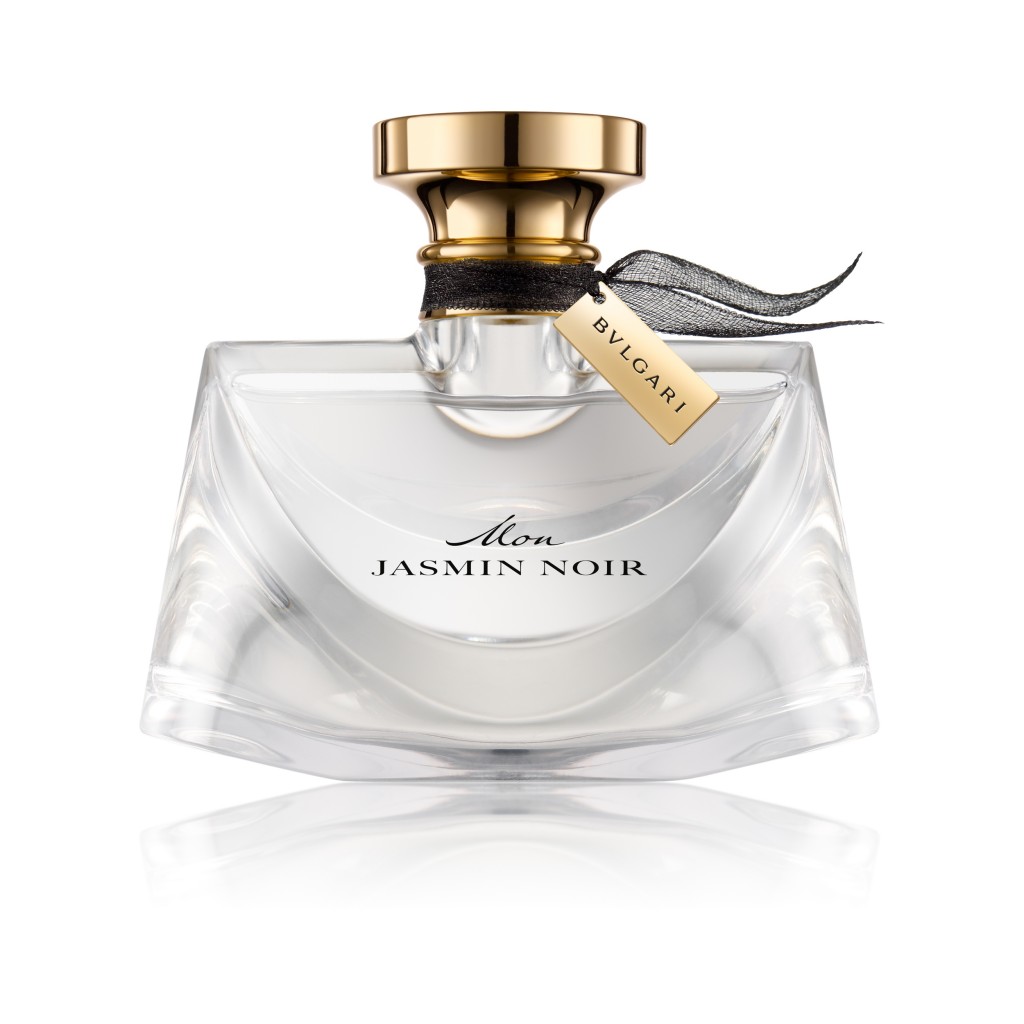 Head and seductive shoulders above the rest, Bulgari fragrances are as unique as their enchanting jewelry creations.

Bulgari Parfums successfully translates the luxury company’s 125-year commitment to use only the finest jewels in its fragrance line. Premium, raw ingredients are placed in the hands of Bulgari’s competent scent designers. The resulting elixirs Bulgari Man, Omnia, and Jasmin Noir L’Elixir represent sophistication in both liquid content and sultry bottle designs. Mon Jasmin Noir, the most recent scent release, is the creation of award-winning perfumers Olivier Polge and Sophie Labbé. A cultured balance of floral lushness and lusty notes—including Golden Cendrat and Lily of the Valley—Mon Jasmin Noir truly represents a name known for Italian luxury.

In 1992, Bulgari unveiled its first fragrance, Eau Parfume au The Vert, and the applause began.  So much so that the company founded Bulgari Parfums the following year. Located in Neuchatel, Switzerland, the luxury company had a single focus: to unite inventive designers and world-class perfumeries. Perfume and cologne collaborations included designers like Annick Mernado, Carlos Benaim, Nathalie Lorson and Jean-Claue Ellena.  Master Perfumer Jacques Cavallier says this about the company’s 2009 perfume, BLV Eau de Parfum II, “For me, the universe of BLV Eau de Parfum II is the universe of matter in transparency in creating this new fragrance, I wanted to make a great perfume; one not inspired by the transparency of the 1990s, but which embodied matter in the Bulgari style, with richness, presence and a great sophistication.” The design house’s vision for pairing current design masters with the finest ingredients is a recipe that delivers luxurious results.

In 2011, glamorous actress Rachel Weisz was named the Italian company’s face of Jasmin Noir. In 2007 and in 2010, actor Clive Owen posed for new men’s fragrances Hypnose Homme and Bulgari Man, respectively. Julianne Moore was the 2011 face of Bulgari, posing with rare animals and Bulgari’s finest products.

The lure of luxury lines

Bulgari isn’t the only design house leveraging an established brand with the addition of a fragrance line. Designers like Giorgio Armani offer aromatic scents like Acqua Di Gio Homme and Essenza to their luxury-lovers, attempting to appeal to both men and women but with a slight edge to the men who love the brand. Gucci celebrates “the star in every woman” with Gucci Premiere and handful of other gender-specific essences.

Bulgari has won some notable awards including the Fragrance Foundation of Germany’s the Duftstar Award for Women’s Prestige for Mon Jasmin Noir. In 1999, Bulgari Black won the FiFi Award for Men’s Fragrance of the Year in the Luxury Category.