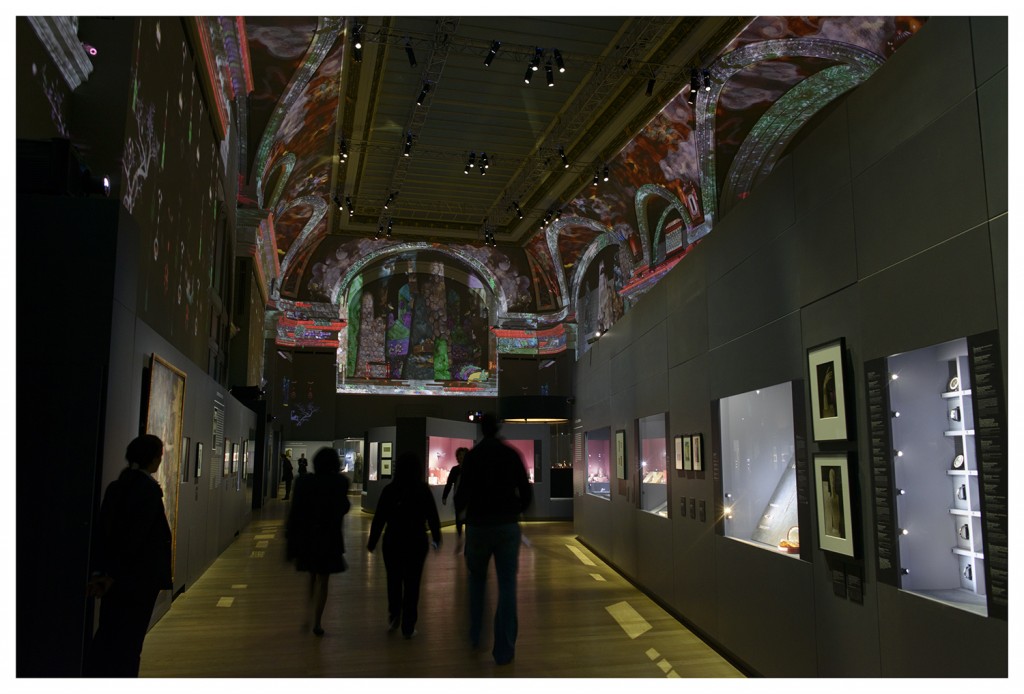 Cartier's exhibit at the Grand Palais in Paris floods with visitors. Photo courtesy of Cartier.

Cartier, no stranger to grand exhibitions of its historic jewelry, is currently staging its grandest exhibition yet

A red Cartier box is one of the most instantly recognizable examples of packaging in the world of luxury jewelry, according to Ledbury Research, London-based experts on the crème de la crème luxury brands. With gold tooling round the edges of its hexagonal form, it’s a design that is unashamedly old-fashioned. It speaks of something from the establishment for the establishment.

Cartier has enjoyed royal associations for over a century. Founded in 1847 by Jacques-Louis Cartier, it was to be his grandsons Jacques, Louis, and Pierre Cartier who brought the family business onto the international stage. While Louis managed the historic Paris address, which opened in 1898, Jacques travelled to London, opening the New Bond Street boutique in 1902. Shortly afterward, the Prince of Wales, the future King Edward VII, called Cartier “the jeweler of kings and the king of jewelers,” forging the beginnings of a strong and enduring bond between Cartier and the British royal family. In 1917, Pierre arrived in New York and bought a mansion on Fifth Avenue in exchange for a pearl necklace – it remains the Cartier boutique to this day. 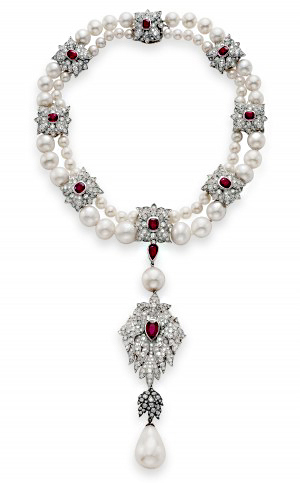 The Cartier brothers saw early on the advantages of going global. They traveled the world and then incorporated the stylistic influences they discovered into their contemporary Parisian designs—from India’s carved rubies, emeralds and sapphires that made their way into Cartier’s iconic Tutti Frutii pieces, to exquisite pearls from the Persian Gulf and enamels from Russia. In the early decades of the 20th century, Cartier acquired 15 royal patents including the British, Spanish and Belgian monarchs.

From the original drawing of Elizabeth Taylor’s Le Peregrina pearl necklace to the 10.2 carat engagement ring Prince Rainier gave to Grace Kelly, and jewels commissioned by clients ranging from Indian maharajahs to Wallis Simpson, the Duchess of Windsor, including a three-dimensional diamond-encrusted panther resting on a round sapphire and a dazzling flamingo brooch, Le Style et l’Histoire, Cartier’s show now on at the Grand Palais in Paris, proves that the company has rarely designed for the fainthearted or those hesitant about public displays of wealth.

When Liz Taylor’s necklace bearing the 16th century Le Peregrina pearl pendant, given to her by Richard Burton, was sold at Christie’s in New York in 2011, it set a new world auction record for any pearl jewel, fetching $11.8 million after a frenzied four and a half minute bidding session.

A flamingo brooch once owned by the Duchess of Windsor. Photo courtesy of Cartier.

In a league of its own

When it comes to safeguarding its precious heritage, Cartier is in a league of its own.

There are full-time in-house historians and archivists at other Place Vendôme jewelers, including Chaumet, Boucheron and Van Cleef & Arpels. But through its extensive museum program, Cartier has extended the mission of protecting and publicizing its history to an echelon beyond any other jeweler in the world.

This is the 27th Cartier exhibition since 1989 and the biggest yet. Previous venues include The Hermitage Museum in St Petersburg, the Palace Museum in Beijing, the British Museum in London and MOMA in New York. When Cartier curated Cartier 1900-1939, the show travelled to three destinations over four years and when The Art of Cartier appeared at the Shanghai Museum, it marked the first time a jeweler had presented historic jewels to the Chinese public. All this is to say nothing of the logistics and security issues involved.

This time, alongside the 600 jewels, watches and clocks from the house of Cartier, there are paintings, dresses and furniture that set the jewels into a wider historical context. Around 50 pieces are on loan from sources including the Musée des Arts Decoratifs and private Cartier collectors.

The Queen of England has lent two pieces – the Williamson brooch and the Halo tiara. In October 1947, a 54.50 carat pink diamond was found in an African mine owned by Canadian geologist and royalist Dr Williamson. Williamson gave the rare polished 23.60 carat gem to Princess Elizabeth as a wedding present – it is considered one of the finest pink diamonds ever discovered. For her coronation in 1953, the Queen had it set into a flower brooch by Cartier, with the pink diamond set in the centre. 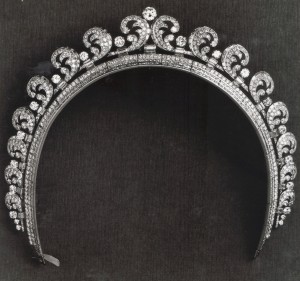 Kate’s tiara – worn by the Duchess of Cambridge at her wedding to Prince William in 2011. Photo courtesy of Cartier.

Undoubtedly the best-known piece of this exhibition is the Halo diadem, which you could also call Kate’s tiara. Originally created by Cartier in 1936 and worn by Kate Middleton for her wedding ceremony in 2011, it was originally bought by The Duke of York who later became King George VI, for his wife, who later became Queen Elizabeth, the Queen Mother. The couple later gave the tiara to their daughter, then Princess Elizabeth, for her 18th birthday. The Queen then lent it to her grandson’s bride for the wedding ceremony.

Cartier’s first exhibition began with L’Art de Cartier at the Petit Palais Museum in Paris in 1989, commissioned by Gilles Chazal, director of the museum. It drew a record-busting crowd of 260,000, second only in number to the amount of visitors Paris welcomed to its legendary 1967 Tutankhamun exhibition. Official figures are hard to come by, but there is talk that Cartier has similar record-breaking aspirations for its current event.

There’s no denying that the romance and opulence of these old pieces behind showcases in a museum setting shines the light on the Cartier of today. All of which goes to explain why most antique jewelry dealers have a habit of saying that rare, signed and well looked-after pieces by the likes of Cartier are amongst the most sought after jewels on the market – and why these pieces are even more well-regarded if they’re in their original box.

Documents and materials from the Cartier archives. 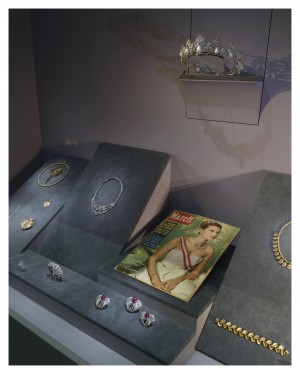