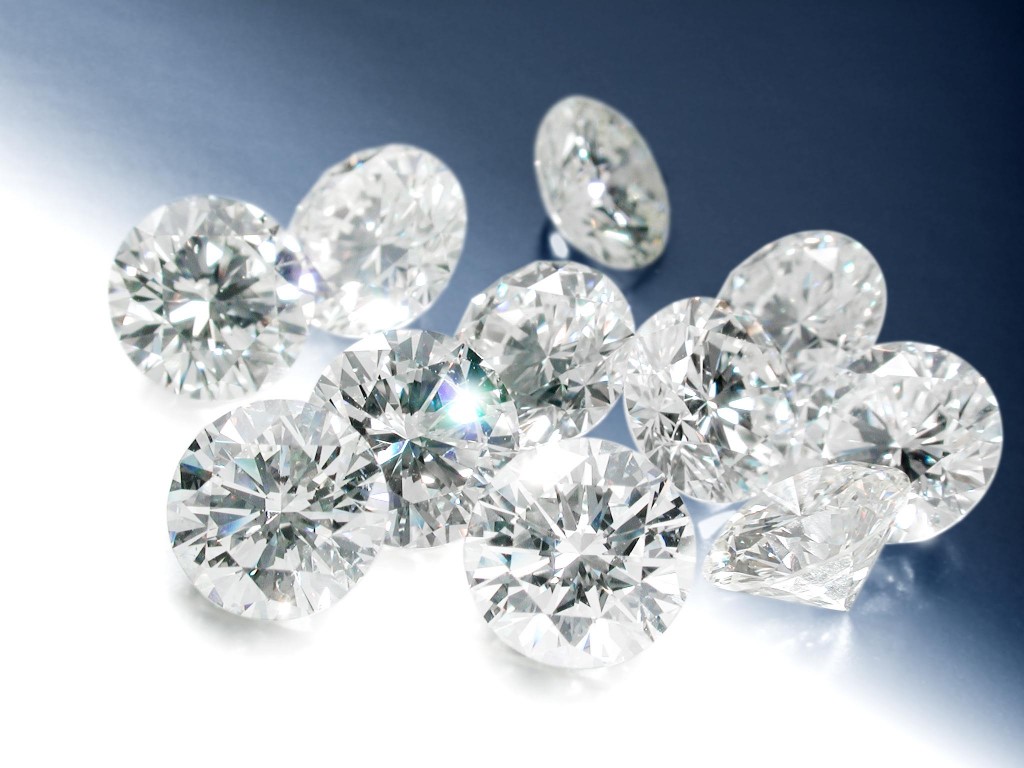 A diamond’s whiteness, sparkle and clarity may seem unblemished, but where it comes from may taint its purity.

Conflict diamonds, also called blood diamonds, are those that might have either been mined by mistreated workers, come from land that was seized from its owner, or whose sale has been used to fund wars or ethnic cleansing.

As Edward Zwick, director of the 2006 movie Blood Diamond, which starred Leonardo DiCaprio, said to Amnesty International: “Gems are beautiful and desirable. To buy or not to buy is an individual decision. But it has to be an informed decision.”

Click to enlarge
Rough diamonds do not have anything to indicate from which country they originate. Photo courtesy of the World Diamond Council.


Because rough diamonds are not identifiable, what ends up on the cutter’s bench likely does not have a clear origin. The consumer has several ways to avoid buying diamonds that might have been used to fund violence.

Choosing Canadian diamonds is one of the easiest ways to buy a diamond that has been mined and produced responsibly. Since the discovery of diamond deposits in Canada in 1991, the country has become the world’s third-largest producer of diamonds, producing 11 million carats of diamonds, accounting for 17 percent of the world’s diamonds in 2009, according to the Canadian Minerals Yearbook.

Both Harry Winston and Tiffany & Co. invested in diamond mines in Canada, and many of their diamonds come from there. Harry Winston, a Toronto-based firm, has a 40 percent interest in the Diavik Mine, in Canada’s Northwest Territories.

Diamonds from Canada generally have the CanadaMark engraved on the girdle, as well as a note on the certificate. Diamond owners can also verify the diamond’s tracking number online.

In addition to not funding conflicts, Canadian diamonds are produced using ethical mining practices and with high standards concerning impact on the environment and wildlife in the mining areas. Strict tracking programs mean the buyer can be confident the diamond indeed comes from a Canadian mine.

The Kimberley Process came into effect in January 2003 to stem the flow of diamonds funding conflicts onto the world market. “The incidence of conflict diamonds in the pipeline fell from a high of 4 percent to less than 2 tenths of 1 percent,” said World Diamond Council President Eli Izhakoff at its annual meeting in 2010.

Click to enlarge
Jwaneng Mine in Botswana. Photo courtesy of the World Diamond Council.

The certification process imposes strict guidelines on member countries for mining and exporting diamonds. In theory, this means only conflict-free diamonds reach the market. Unfortunately, some countries in the Kimberley Process may not be as well-regulated as they should be, and some countries have questionable membership.

Some retailers have information on the diamonds’ origins, allowing the consumer to choose their diamonds’ source. Namibia, Botswana and Russia tend to have high standards for both mining operations and the use of the funds. Because Botswana produces 17 percent of the world’s diamonds, and Russia produces 27 percent, the chances of finding a diamond from one of these countries is high.

In addition to the Kimberley Process, the World Diamond Council began using the System of Warranties, in which participating jewelers and gem traders include include information that the diamonds are conflict-free on invoices. Most jewelers will have a statement on their premises and website that they guarantee their diamonds to be conflict-free.

Antique diamonds may not necessarily have been produced with ethics in mind, but they’re not contributing to any current problems. While older cuts are less precise than modern round brilliants, they have a character and charm of their own. If old cuts don’t appeal, recutting is an option.

If diamonds are off the table, colored gems might be the right choice. This would also require research into the gem’s country of origin and whether its practices are ethically sound.