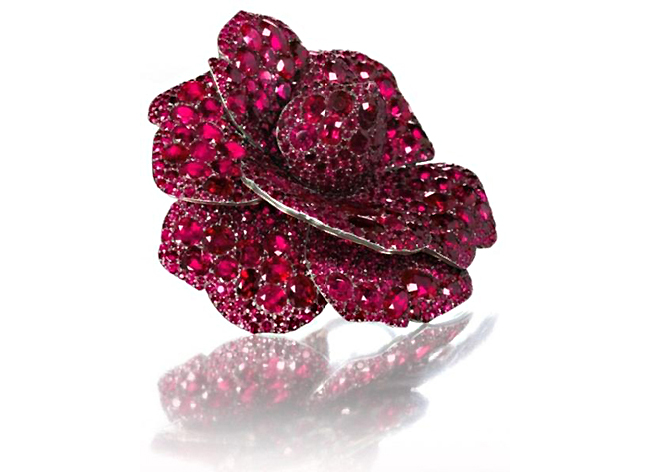 Cited as “the Fabergé of our time” by haute couture designer Diane von Furstenberg, JAR will display his pieces for the first time in America on November 20, 2013, at the Metropolitan Museum of Art in New York City. The notoriously secretive jeweler, known for chronically refusing lending and advertising opportunities, has publicly showcased his work only twice before, most recently in 2002. Even books printed on his work are rare and inaccessible; one copy of “Jar Paris” is currently retailing for $3,500 on Amazon. All notions of exclusivity aside, the quality of Joseph Arthur Rosenthal’s pieces exude an uncommon echelon of beauty even to the most untrained of eyes. Best known for his pavé technique, JAR is additionally distinguished for his sense of tonal balance. Every piece projects perfect architectural and chromatic harmony. The retrospective will include 300 of his designs, and will run until March 9, 2014.