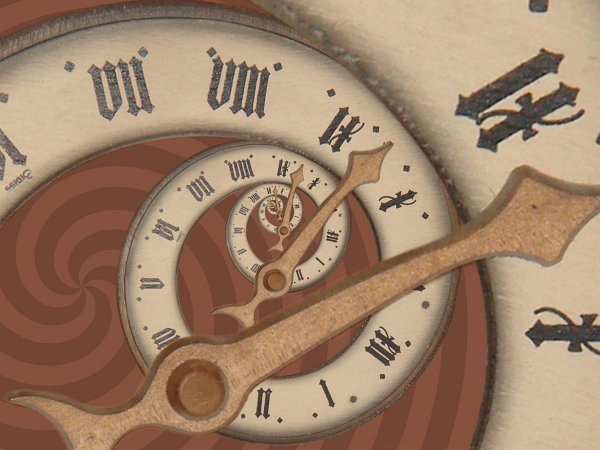 What do we really mean when we say an artifact is timeless?

“Timeless.” It is a term used frequently in discussions about jewelry. Typically it characterizes classic pieces whose aesthetics and mystique are so alluring that they are likely to endure in memory for some time. Such pieces might even suggest a transcendence of time. Van Cleef & Arpels’ 2012 Shanghai exhibit “Timeless Beauty” immediately comes to mind. Sparkle writers have used “timeless” in tandem with Bulgari, Dior, opals, elegance. The tendency happens so often that the term loses its meaning over, dare I say, time. What do we really mean when we say something is timeless?

In her lofty 2013 book The Goldfinch, author Donna Tartt points out that art has the capacity to physically survive in a way that humans cannot. Art allows us to “speak to each other across time” (771). Art lasts; humans do not. It is in this same way that jewelry, too, surpasses ephemerity. It is a communication in physical form of a meaningful idea or emotion. It is built to last.

As a sophomore in college, one of my English professors challenged my class to answer this question: What myths are present among us on a daily basis? “Myth” being taken to mean any substance we assign some idea to, any item in which meaning is imbued to the point that it is taken for granted in some way. The room went quiet, and remained silent for an uncomfortable measure of seconds.

This is a moment that has stuck with me. Now, a decade later, I continue to come up with ideas I wish I had discussed. A watch is a myth, for we cannot control time. A ring worn on a particular finger represents a myth, for it can send a message to a complete stranger about an affiliation with a social institution. Photographs, in their own ways, can mythologize our memories, triggering an event and assigning more grandeur to it from a distance.

This thinking brings to mind a ring I once found of my grandmother’s, with four stones set in a diagonal line—one for every child she had. At the time I found it, in my youth, I was unaware of its significance. I had been entranced by its simplicity, a time-darkened, antiquated silver textured and scalloped frame, nestling one blue stone (September) and one yellow (November), flanked on either side by two purples (February). As my grandmother reached the final years of her life, she had told me and my sisters we could keep any jewelry of hers we’d liked. At the time, I believe she meant her everyday-but-since-abandoned brooches and earrings, of which there were multitudes; whether she knew one of her jewelry boxes contained this ring, I’ll never know. This is how I wound up with it in my possession for some time. I had kept it in a secure place in my bedroom, and while I took it out to look at on very few occasions, I developed a long-held confidence that it was always present, whether or not I was physically beholding it. I had once inquired of my mother what it was, and she explained—and also suggested that my grandmother’s only daughter, my aunt, might like to be made aware of its existence. My mother does not recall this conversation, and I do not recall what came of the ring after.

A good 15 years have passed since I’ve last seen that ring. I have moved away from home, and my parents have moved away from my childhood home, and I was recently alarmed to find that I can no longer locate it. I have torn through all conceivable places it might be. I have this part-manic habit of relocating my prized possessions to what I perceive are more and more secure places until I wind up forgetting where I have placed them. That ring is either packed away in storage or has fallen into different hands. My family cannot seem to remember its existence.

Mind you, I had never even seen my grandmother wear it. And yet, it remains, quietly and very distinctly associated with her, in my memory.

Of course, what is important is not so much the ring itself but the meaning it has for me. Jewelry, in this sense, has the ability to take power over us. It can persuade, communicate, mythologize. Each singular piece is imbued with meaning, whether it dredges memories, marks the date of a specific event, communicates a deeply held but seldom expressed emotion, or simply reminds us of the passage of time. Jewelry is similar to art in the sense that, as Donna Tartt intimates, it allows us to transcend time, to feel the presence of those who are no longer with us. Call it myth, call it clairvoyance, spiritualism, meditation—for whatever meaning a fine physical object holds for the individual, the bare fact remains that it also reminds us of our own mortality, however far-off it might be. Fate willing, these objects, wherever they may be, will survive us long after we are gone.

Do you have a story you’d like to share about a piece of jewelry you consider timeless? E-mail it to editor@sparkle.com for consideration in a new series.