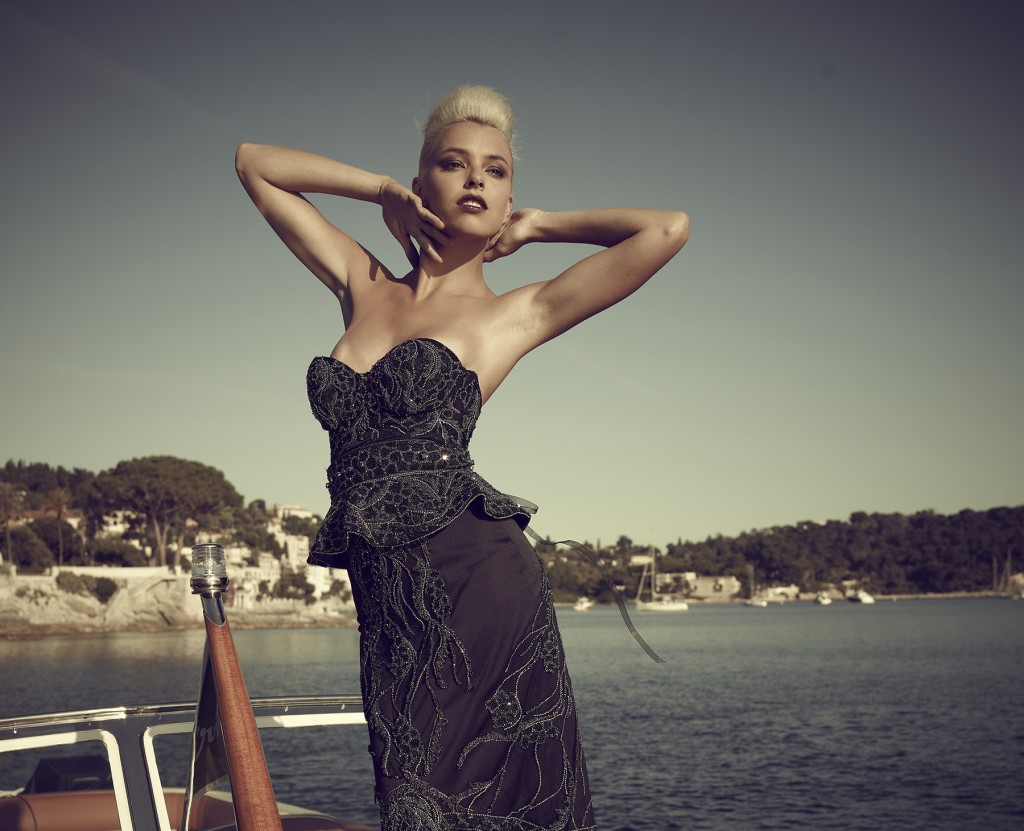 One of the world's most expensive dresses has sparkled on the catwalk at a fashion show in the Ukraine. The dress, created by British designer Debbie Wingham, is adorned with 50 two-carat black diamonds, and weighs 29 pounds (13 kilograms). The dress, valued at 3.5 million pounds, was presented at a show in Kiev featuring several other diamond-encrusted dresses from Ms Wingham's collection. Credit: Jeff Romero/WENN.com.

From ancient fads to the most recent ‘world’s most expensive dress,’ diamonds find a winning backdrop in fabric

Haute couture is for those who prefer exclusivity. The one-of-a-kind pieces designed by a top fashion house are made to measure, often for a specific event. On top of this, some designers like to add another layer of luxury in the form of gemstones.

Precious gems, including diamonds, emeralds and rubies may be used to embellish a gown. More common are semiprecious gems, such as seed pearls, amethysts or garnets.

Gems aren’t just for fairytale princesses at their weddings. Many designers with a more contemporary aesthetic use gems to bring their creations to life. At the 2012 Ukraine Fashion Week, British designer Debbie Wingham unveiled what was reported at the time to be the world’s most expensive dress, which used 50 two-carat black diamonds and was said to weigh about 29 pounds. Wingham, of course, is no stranger to this trend, having most recently debuted a new dress with the “World’s Most Expensive” label, this one reportedly costing more than $17 million and featuring more than 2,000 stones. Wingham’s oeuvre perhaps more surprisingly includes jeans with pockets covered in diamonds, sewn with gold thread. Her multimillion dollar dresses are famous for their strong structure, softened by cascading diamonds in floral or flowing patterns, often around the waist, neck or tumbling down the skirt. She often uses black fabric and white diamonds, giving a dazzling contrast. 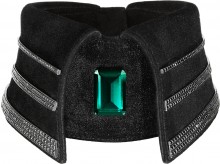 Karl Lagerfeld brought out his playful style with a black metallic collar accented with black diamonds and a large emerald at the center of the neck. Reminiscent of Lagerfeld’s own high collar style,  he created the piece for an auction for a children’s cancer charity, rather than for a private client. The piece has 40 carats of black diamonds, arranged in rows, and the central emerald weighs in at 22.33 carats.

Gems of the past

Ancient Egyptians, Romans and Byzantines all sewed jewels onto their clothing, to denote rank or wealth. In the 16th century, Queen Elizabeth I of England was known for wearing dresses covered in jewels.

Almost every portrait of the queen shows her in a different gown, with a bodice covered in diamonds, pearls, emeralds and rubies. “Her wardrobe was full of gowns of rich fabrics adorned with jewels and elaborate surface detail, which were clearly imposing and speak volumes about wealth and status,” notes Royal Museums Greenwich, England. The queen’s clothing was more a political statement than a fashion statement.

In more modern times, pearls have been a staple on the finest wedding dresses. When she married Prince Rainier of Monaco in 1956, Grace Kelly wore a wedding dress of lace embellished with thousands of seed pearls, woven and looped into raised flowers to complement the pattern of the lace. Many modern designers still offer pearl-enhanced wedding gowns because they add dimension, sheen and luster to the dress.