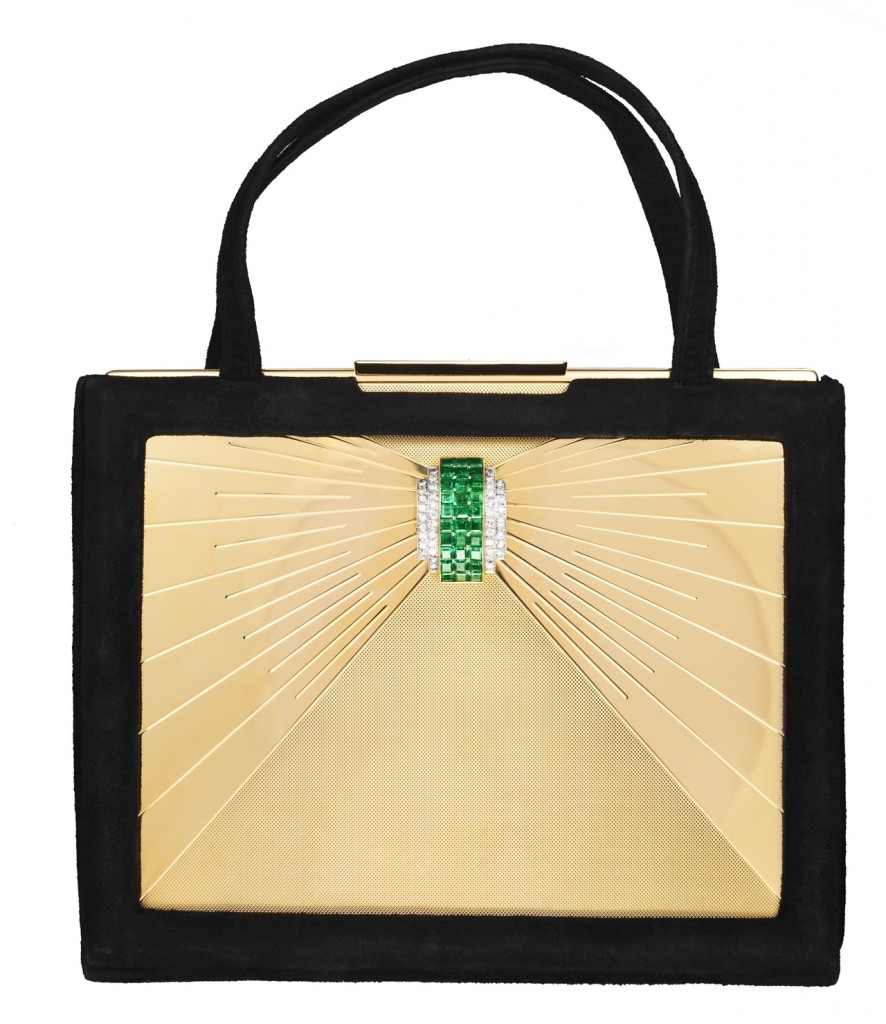 Jewelry adopts characteristics of ancient architecture and geometry, among other sources of inspiration

Hot on the heels of art nouveau’s flowing lines, the art deco movement brought modernism and elegance, combined with functionality, when it emerged in Paris in the 1920s.

The design aesthetic made its way into architecture, industrial design, graphic arts, the fine arts, fashion and jewelry.

Symmetry and geometric touches, signature elements in most art deco designs, come from cubism, futurism and the Bauhaus movement, but also have elements from the ancient architecture of Greece, Egypt, Rome, Mexico, native America and Africa. Steps, geometric curves and sunburst featured prominently. New York City’s Chrysler Building shows this sunburst design in its spire, and the building remains an icon of art deco design. All of these elements carried over into jewelry. 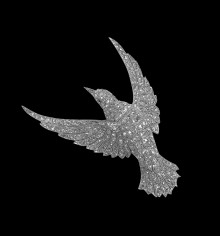 Click to enlarge
The sleek, stylized lines of this 1925 bird’s wings and tail, and little visible metal, are a hallmark of Van Cleef & Arpels art deco pieces. Photo courtesy of MOCA . 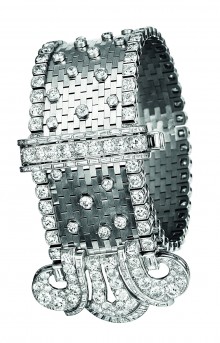 In her book Art Deco, Judith Miller says, “Unique for its short life span as an exotic influence on Art Deco is Egyptian styling, which emerged with the discovery of Tutankhamun’s tomb in 1922 and all but disappeared by the late 1920s.”

Jewelers would release collections based on an ancient culture, including the Far East, Ancient Egypt, China, India and Persia.

Earlier pieces in the art deco period reflect the prosperity of the early 1920s, but become more restrained and streamlined after the Great Depression.

Fashion also influenced the jewelry women chose. “Earrings were long and dangling because hair was short. Slews of bangles made sense since sleeveless tops were hot. There was less clothing, so more jewelry, worn all over the place,” says Kathy Flood in Warman’s Jewelry Identification and Price Guide.

The Bauhaus movement’s use of steel translated as white metals in jewelry. Platinum, following the discovery of large deposits in South Africa in 1924, was the metal of choice for most jewelry. Introduced in the 1920s, white gold was a less expensive alternative.

Emeralds, aquamarine and sapphires provided contrast. Calibré cuts were used extensively because the stones could be cut precisely to fit the geometric designs. “The ability to create new gem cuts with edges (tables to baguettes) made designs more thrilling,” says Flood.

Diamonds were a natural choice in art deco for their whiteness. Step cut diamonds feature extensively, including Asschers, trapezoids, trillions and baguettes. Asscher diamonds, which came onto the market in the early 20th century were another symbol of the new.

“The once popular mine cut of gemstones was replaced by shapes never seen before – emerald cuts, pear shapes, marquises – all of which served to highlight the symmetrical nature the jewelry and to convey elegance and sophistication,” says Rayner W. Hesse in Jewelrymaking Through History: An Encyclopedia.

In the rush to present customers with novel designs, jewelers also developed new techniques. Because platinum is physically harder than gold, it allowed jewelers to hold more stones with less metal, giving way to more delicate designs. Van Cleef & Arpels patented its mystery setting in 1933, a technique where jewels are set with no visible metal. This gave it the ability to be more creative in its designs.

Art deco’s focus on the new meant more experimentation with jewelry components. Bakelite and other plastics, new on the market, allowed jewelers to try new ideas with more pliable materials.