Every other year, exclusive salons and dealers from Paris and around the world gather for the Paris Biennale (also known as the Biennale des Antiquaires)—what many consider the most prestigious art and antiquities fair in the world.

This September marks the Biennale’s 27th year. As part of this year’s event, the Grand Palais at the Champs-Èlysées will transform into a lavish reinterpretation of the gardens of Versailles. First built for the Universal Exhibition of 1900, the Grand Palais with its iconic glass dome has become practically synonymous with what is most elegant about Paris. 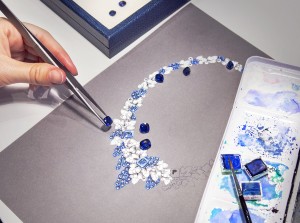 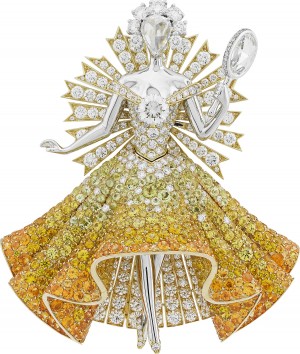 A peek at the Biennale’s past

In 1956, former chairman of the National Union of Antique Dealers, Pierre Vandermeersch, envisioned a venue that would celebrate beauty in its myriad forms, where, in true Parisian spirit, the objets d’art rivaled the women who would attend.

The first Biennale in the form we recognize today was held in 1962. Since then it has become legendary for its colorful gardens, perfumed fountains, and magical pavilions that combine to give the whole event the feel of a fairy tale. It’s been described as a tactile museum with price tags on each item. Perhaps there is no other place in the world where so many of the world’s finest antiquities, rare books, art, and extraordinary jewels all share space. 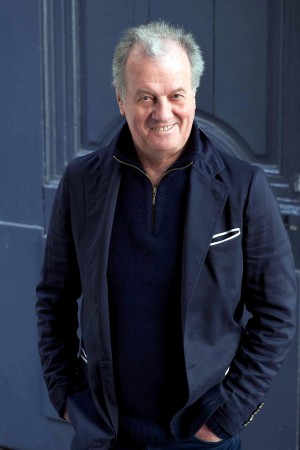 Jacques Grange says he has not missed a Biennale since his 15th birthday. Image courtesy La Biennale des Antiquaries.

This year, under the direction of renowned decorator Jacques Grange, the gardens of Versailles provide the inspiration for the metamorphoses of the Grand Palais.

Louis XIV first commissioned André Le Norte with the design and layout of the gardens in 1661. The project took 40 years to complete and required a massive undertaking of labor: vast amounts of earth were moved in wheelbarrows to create elaborate flowerbeds, fountains, and groves. Sometimes entire regiments were called in to help.

“They are an extremely powerful source of inspiration,” said Grange in a written interview; he visited the gardens and an exhibition on André Le Norte at the Trianon in preparation for his design.

While the gardens of Versailles are an undeniable inspiration, Grange is quick to point out this is a reinterpretation—not a recreation.

“The main challenge was to integrate the stalls of each exhibitor in the global scenography of the monumental space that the Grand Palais is. I also had to change the initial project for security reasons. Some of the material couldn’t be used because it didn’t meet the anti fire standards. I had to rework the project to make it feasible. All of these challenges generated a modern reinterpretation of the gardens of Versailles,” he says.

Grange has previously created decors for plays and ephemeral exhibitions for Yves Saint Laurent in Peking, Moscow, and New York. He designed stalls for some of the antique dealers in previous Biennales, but this is the first time he has undertaken the entire scenography of the place.

“I really loved accepting this challenge, being able to work with a huge glass roof is captivating for a decorator,” he says. “We have to adapt, as it is not something we work with frequently.”

The creation relies heavily on topiary art. Gardeners from Château du Versailles and Trianon are on board to help with its execution. “I like the very graphic style of these pot plants,” says Grange. “An important use of flowerbeds with carpet motifs has been planned. There will also be a fountain at the entrance of the Grand Palais.” This olfactory fountain by the Francis Kurkdjian house secretes the “Bouquet de la Reine” that inspired the fragrance. 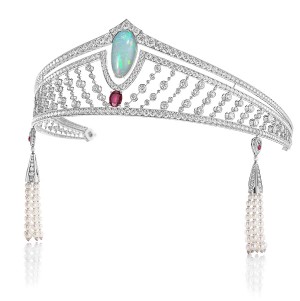 The pendants on this diadem by Chaumet can be detached and worn as earrings. Image: Chaumet.

Fascinating pieces to watch for

Among the highlights of the event are the high jewelry exhibits, which, Grange says, have shown a remarkable range of creativity.

This year, 14 of the world’s top jewelers will unveil collections. The themes are whimsical, inspired by nature, and draw on a collective sense of place. The gems glitter with fierce corals and dreamy, languid blues. Some have deep ocean swirls of color or are banded with gold and silver. Many tell a story. Van Cleef & Arpels recreates an entire fairy tale with its unveiling of Peau d’Ane, inspired by Charles Perrault’s tale. 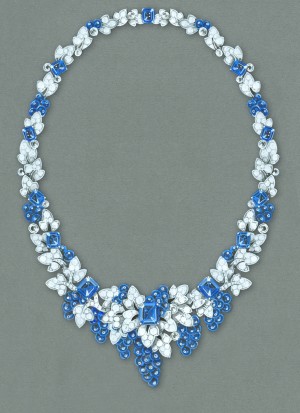 Graff Diamonds makes its third appearance at the Biennale with an exquisite array of gems created at Graff’s atelier in London for the event. Graff is noted for its extraordinary diamonds, and this year they will be showcased alongside equally stunning rubies, sapphires, and emeralds with designs based on floral and other nature themes. The highlight of Graff’s display is the Royal Star of Paris brooch, a scintillating amalgamation of diamonds totaling well over 100 carats with a yellow cushion-cut diamond in the center.

Chaumet’s contribution to La Biennale, Vendôme 12, pays homage to the spirit of French classicism while adding a modern twist.  Long, cascading necklaces lend themselves to creative draping. Playful, plumed tiaras, including one topped with an amazing iridescent white fire opal, are paired with refined, streamlined earrings. Many of the pieces are transformable. Two bracelets can be joined to form a long chain. A platinum-and-diamond tiara set with a 21-carat cabochon-cut white opal and a three-carat Burmese pigeon’s blood ruby includes detachable pendants that can be worn as earrings. 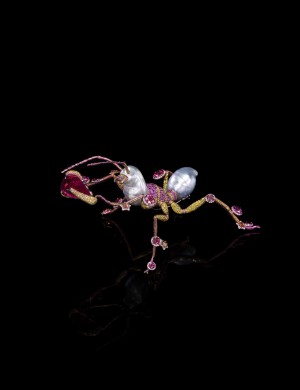 Making his second appearance at the Biennale, self-taught Hong Kong designer Wallace Chan’s poetic collection, Behold, Behold, is a dreamy fantasy of images and color. Two years ago, Chan was the first Asian artist to participate in the Biennale, and he is rapidly gaining acclaim for his innovative techniques and the breadth of his designs. Some, such as the Mon Rève ring, are bold with geometric design and colors that contrast in surprising ways, while others are whimsical creatures you might meet in a dream. Chan says he loves stories and poems and many of his pieces were inspired by literature.

Along with high jewelry, innovative, gem-encrusted timepieces will also be on display. The transformation of the venue is a masterwork in its own right and helps set the stage for the rest of the magnificent production—what many refer to as the jewelry event of the year.

Leslie Jordan Clary is a freelance journalist and jewelry writer.