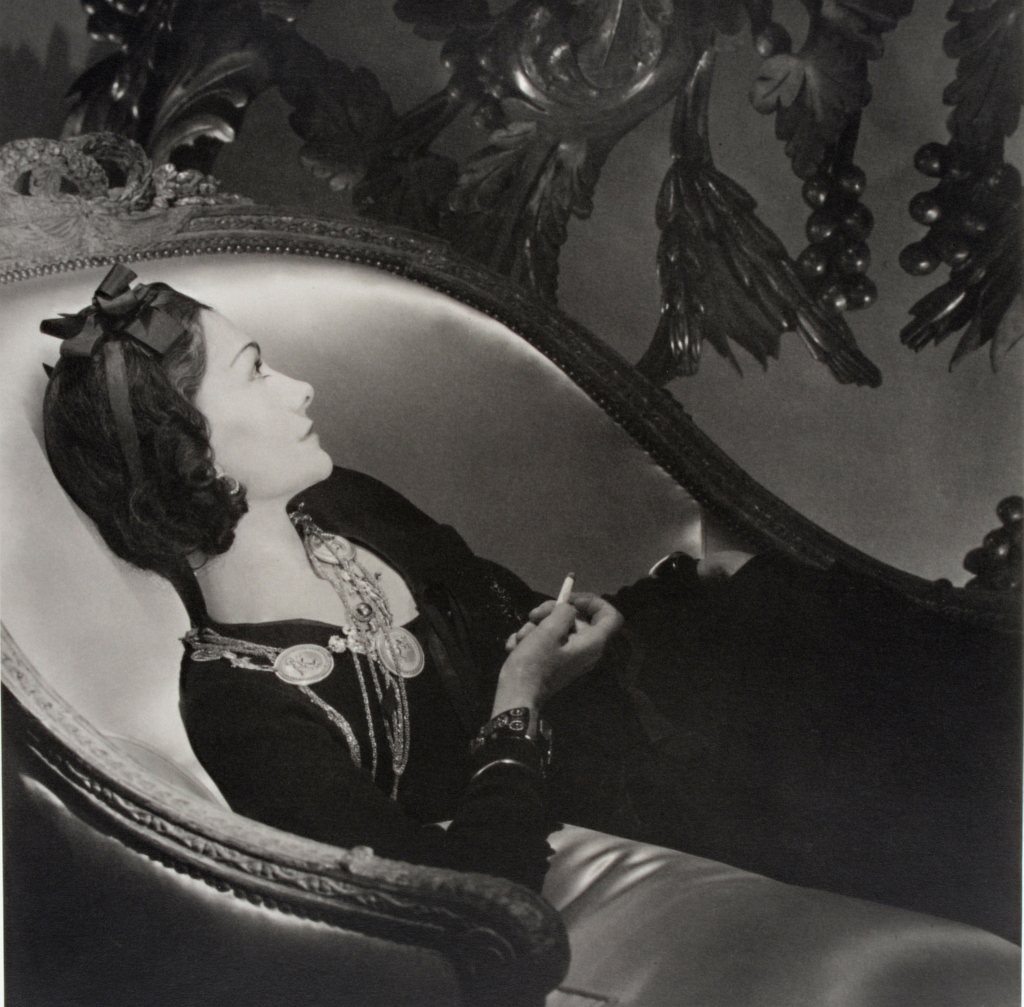 Mlle. Gabrielle “Coco” Chanel was described in many ways during her lifetime.

“Conventional” was never one of them.

Yet today, few things would be considered more conventional than a basic black dress and pearls. And for decades the practical Chanel business suit has offered a feminine counterpoint to the traditional male suit.

Whoever she was, Chanel’s style has permeated fashion so completely that most of us don’t realize we’re imitating the fashion matriarch. Jersey material, loose-fitting yet styled garments, and bling can all be traced back to Chanel’s influence.

It can be difficult to grasp how one woman could be so charismatic that her legend has created a fashion empire, but the Chanel allure continues to seduce consumers year after year. Biographers, of which there many, portray Chanel as a complicated, conflicted woman who both yearned for and scorned convention.

Dr. Angelika Riley, from the Department of Fashion and Textiles at Museum für Kunst Und Gewerbe Hamburg, believes this allure can be attributed to Chanel’s relaxed, and simultaneously elegant, feminine style.

“Her most significant design for me,” she writes, “Is the Chanel suit: a loose fit, but fit. [A] rather short boxy jacket, braided edges, straight skirt, high-class woollen fabrics and unmatched couture workmanship with a lot of attention to detail.” 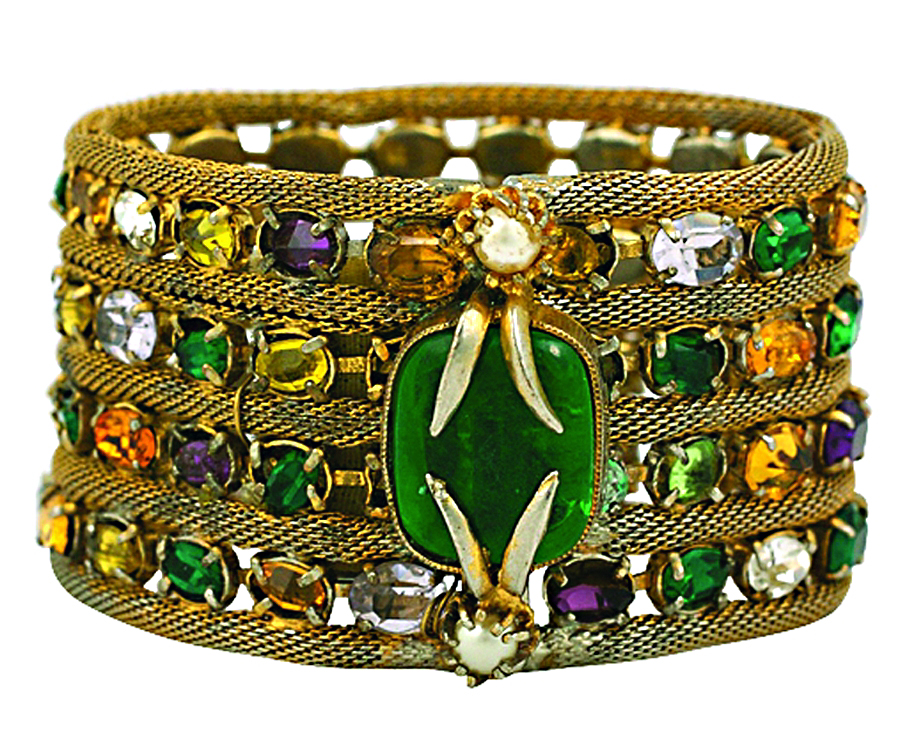 This striking bracelet was once the property of Mlle. Coco Chanel. It uses faux amethysts, topazes, emeralds and crystal. Photo courtesy of 1stdibs.

Chanel’s basic, unadorned apparel also created the perfect backdrop for colorful costume jewelry. Early dresses were sewn from the same material used for men’s underwear because Chanel liked the comfort and freedom of the fabric. “She was a sports woman. Comfort and mobility were important to her. Her impact on fashion has been strong,” says Nancy Deihl, director of the costume studies program at NYU. Deihl calls Chanel’s early styles “a fantastic canvas for accessorizing.”

“When she came to maturity, it was a time fashion depended on accessories and Chanel took it to another level. Dozens of pearls. Big cuff bracelets,” Deihl adds.

Both Deihl and Riley are careful to note the icon’s many influences. “Chanel and her designers for costume jewelry took inspiration from a lot of sources, often from historic jewelry such as Byzantine, Medieval, etc.,” says Riley. In addition, Chanel drew on Russian, Chinese and African fashion, playing with large medallions, gilt chains, and colourful gemstones. Some pieces are reminiscent of military badges with their gold brocade and bandolier-style ornamentation. Others suggest good-luck tokens or charms.

Chanel jewelry, in fact, might be characterized by three things: bright enamel, extravagant fake gems combined with authentic stones, and of course lots of sparkle. These traits, which made it into the designer’s early pieces, are still the benchmark today.

Fashion specialist Clair Watson of 1stdibs notes that Chanel was inspired by the “motifs and rich jewel tones emulating those she saw on her aristocratic friends— and worked with leading designers like Fulco de Verdura and craftsmen like Gripoix. Period Chanel jewelry [from when she was alive] is worth a lot of money and the earlier the piece, the rarer, and the more expensive.”

Chanel is often credited with “inventing” costume jewelry. However, Deihl says, it’s important to remember that “she didn’t invent it—but did make it fashionable.” One might even say she revolutionized costume jewelry. In the 1930s, it became chic to wear fake pearls even if one could afford the real thing.

Although she loved the ornamentation of costume jewelry, Chanel was never one to remain stagnant. Just when costume jewelry seemed to have reached its height of popularity, she turned to working with real diamonds and gems, often combining natural and synthetic gemstones in a single piece. 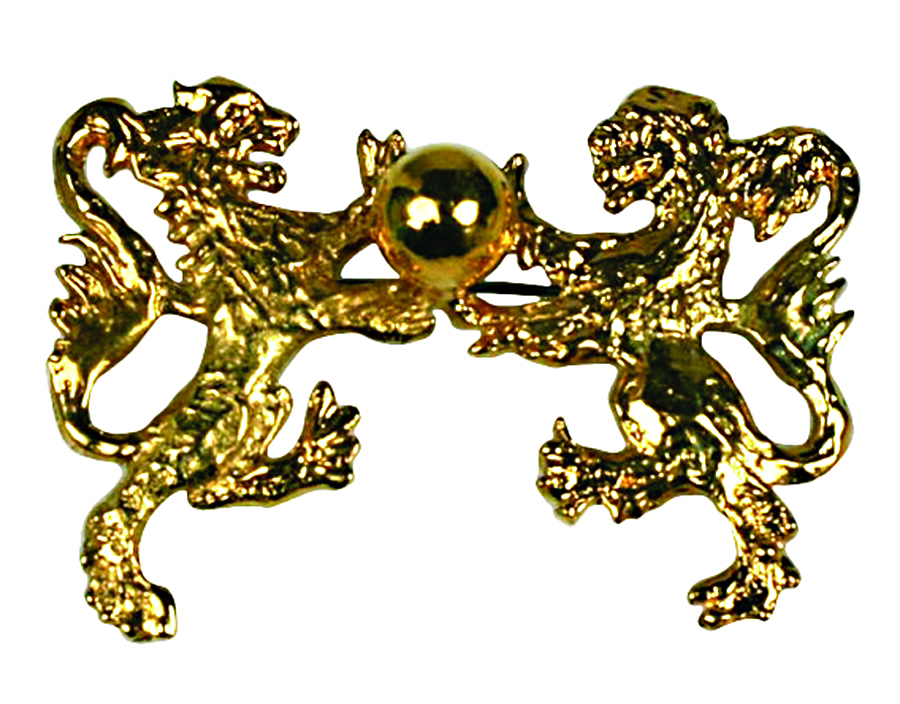 As a Leo, Mlle. Chanel felt a fierce alignment to lions throughout her life. Photo courtesy 1stdibs.

In terms of fashion jewelry, World War II marked the end of Chanel’s initial heyday. She closed her salon in 1939, but while many couturiers fled France after the German invasion, she remained. Rumors of her love affair with a Nazi officer and other, more nefarious, activities threaten to taint the legend. Biographer Hal Vaughan (Sleeping with the Enemy: Coco Chanel’s Secret War) believes the war gave Chanel the opportunity to retaliate against workers who had lobbied for fair wages and hours during a general labor strike that temporarily shut down her business three years earlier. More than 3,000 women lost their jobs when Chanel’s salon closed.

In 1945, Chanel moved to Switzerland, and later went back to work during the 1950s. Two reasons are usually cited for her return to fashion. First, she was bored. Second, she was frustrated with fashions designed by men. “When she re-launched Chanel with the help of the Wertheimer brothers, she was already seventy years old,” laments Riley. “It is said that she detested Dior’s New Look with the again corseted female body. She picked up her principles of style and attire in a modernized way. Chanel, although she created her own style, was never out of sync with general fashion.” 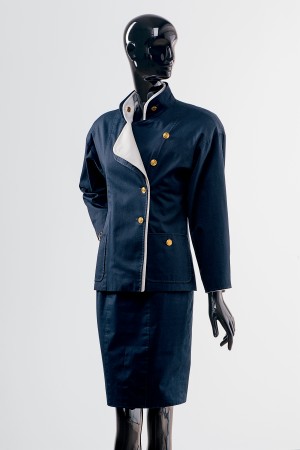 Karl Lagerfeld is credited with bringing the House of Chanel into modern times. This cotton poplin costume is from Chanel’s Spring / Summer 1986 collection, on display at the Museum für Kunst und Gewerbe Hamburg’s exhibit ending May 18, 2014. © Draiflessen Collection, Mettingen. Photography by Christin Losta.

The 1960s were the perfect era for Chanel to make a comeback. Comfort, flamboyance, and color melted together into an entirely new fashion statement, and Chanel was there to ride the tide. “At first she wasn’t seen as relevant, but then in the 60s, she was suddenly more so,” says Deihl.

The Chanel mystique might have ended there but for the emergence of Karl Lagerfeld. “After the war, the Chanel label started to produce costume jewelry in multiples. Between her death and prior to Karl Lagerfeld breathing life back into the label, the jewelry was not considered significant,” Watson notes. “Once the early 80s hit, the label made copies and variations of all her early designs and by then, with the billion-dollar advertising budget of Chanel, mass market sales soared.”

Lagerfeld not only breathed life back into the Chanel brand—some consider him responsible for the ultimate popularity of contemporary Chanel. “The Chanel legend today has three sources,” says Riley. “No. 1: Coco Chanel’s enigmatic personality. No. 2: The recognisability of key objects of her work: little black dress, Chanel suit, handbag 2.55, two-tone sling pumps and the fashion jewelry. No. 3: The ingenious way in which the House of Chanel/Karl Lagerfeld uses exactly this in always new and fresh ways.”

Without Lagerfeld, the House of Chanel would not be what it is today. “All the incarnations of Chanel style were due to Karl Lagerfeld,” says Deihl. “A lot of black, a little of surrealist aesthetic. It’s important to look at how the clothes are accessorized on the runway. That’s his 21st century vision of what Chanel motifs are: tweaked, humorous, and ironic.”

The Chanel allure is intrinsically tied to both the legend and the woman. In fact, it is sometimes hard to separate fact from fiction, as Mlle. Chanel herself was fond of embellishing her own history. But whoever she was, with her myriad contradictions and innovative sense of style, she will quite likely continue to influence fashion and contemporary culture for some time.